The Wrap: Dom Carter, director of What Marketing 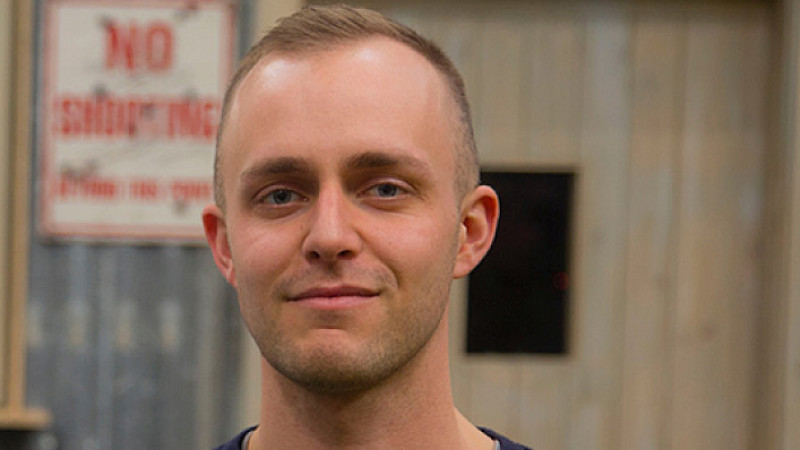 This week it’s the turn of Dom Carter, Director of Manchester's What Marketing.

To kick off, I wanted to start with a positive that was released yesterday – Simon Austin published an article regarding how Investors are now ‘ready to realise North’s tech potential’. It’s insightful as it is inspiration to a range of different people, start-up and investor level.

He drew quotes from Tim Mills of Angel CoFund who referred to the North as a ‘thriving scene of innovation and entrepreneurship’. Speaking as someone who is consistently visiting co-working spaces and start-up incubator’s in Manchester alone it’s very easy to see the growing number of individuals who are looking for the support (financially and pastorally) to execute on their ideas.

With the news that Tech City News Investment Tracker announced how there’s an 80% increase in investment rounds announced by UK tech companies for Q1 of this year compared to Q1 of 2016, I think that the North’s reputation for innovation will only augment as international investors recognise the number of VC’s entering the region and new business angel groups.

In the same article, Harry Briggs, partner at BGF Ventures predicted that in 2017 there will growth in a number of industries such as AI, FinTech and genetics but I was surprised that VR/AR was not mentioned. I think there is an open niche in the North at the moment for a premium, leading Virtual Reality company.

Using that as a convenient segue, it seems to me as though advertising/marketing agencies should be capitalising on this since in the long-term VR/AR will be the main platform for all advertising and marketing products. If you cast your mind back to when the first mobile phones came out, the Apps and technology to advertise on them wasn’t even around. Now, as reported on the 25th of April, mobile advertising is up to £3.9bn in the UK. This wasn’t even a real metric 10-20 years ago – VR/AR will be the next version of this modernised transition to conveniently serving advertising to the end consumer in my opinion.

UK advertising hit a record high in 2016 and the headlines were that regionally advertising in newspapers is not where the smart money is going. Following the trend as I said above, moving to advertising on mobile devices is a coherent adaptation for business to place the marketing budgets, since most of the nation now spend more time looking at their phones than a regional newspaper – which seems obvious when stated so bluntly.

At What Marketing, a significant proportion of the creative videos and animations we make for clients are all in vertical formats so that they are consumed by the client more easily. It also means that we can publish these video ads in more locations for a lower price which our clients love. Companies that are still romantic about traditionally advertising in regional papers are in jeopardy of having their business decline the same way as print media advertising has.

Staying broadly with AR/VR, a major Manchester-based brand also made ripple effects this week through their innovative partnership with Facebook. Manchester United joined up with Facebook to showcase the social networking site’s new mobile feature: Camera Effects. The feature converts the standard camera on your iPhone/Samsung etc. into an augmented reality platform. It’s actually a really cool piece of kit and perfect example of how brands are already using this technology to promote themselves. The software is, in theory, relatively simple. The camera recognising certain objects within the frame, locating them and then adding relevant animations/graphics over them.

The tool was showcased at the F8 conference in California last week and is the latest release from Facebook to drill another nail into Snapchat’s coffin.

Added to this is the news about Kellogg’s latest investment into a digital campaign to re-educate their audience that Special K isn’t just diet food and it’s more about a lifestyle. I think it would be very difficult for a company in the past to tell a story like this through any other medium than television, but now with the current state of social media there are literally thousands of outlets with millions of individuals on a range of platforms where these stories can be told.  Kellogg’s are investing £3,000,000 into producing digital content to be featured on Facebook, Twitter and Instagram.  If it’s good enough for big brands like Kellogg’s, it begs the question why SME’s and smaller businesses still can’t clock the change in the times?

I’m really excited to see how Emma Birks, Brand Manager at Special K approaches this. From a professional point of view, with a brand like Special K there are so many options available. From utilising Instagram influencers to running specific mobile-optimised and enhanced adverts through Facebook only when people are eating their breakfast. Brand-myth busting campaigns are always exciting to work on and creative’s love sinking their teeth into them since it’s an opportunity to cause a little disruption to people’s perceived conceptions about a brand.

I wanted to sign-off as I started, on a positive for the region, with the news that creative events agency The Fresh Group have appointed Lee Harris as Chairman.

Lee is an old mentor to me and we have worked together at a previous events organisation. He’s one of the most genuine and pro-active people I’ve ever had the pleasure of working with and I know how excited he is about being involved with The Fresh Group so I am under no illusion that they will be a company to keep an eye on over the next year. 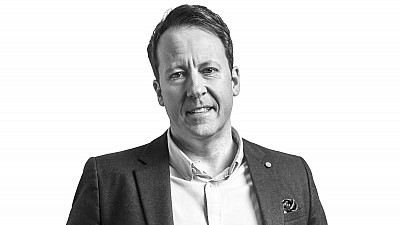