Baltic Creative Community Interest Company is set to embark on its next phase of development after completing the purchase of a historic 19th century docklands storehouse in the Baltic Triangle, Liverpool.

The four-storey red brick warehouse, located at 61-65 Norfolk Street, and an adjoining two storey building on Simpson Street have been acquired from Liverpool City Council on a 125-year lease.

Baltic Creative will undertake a 10-month restoration programme to refurbish the buildings and create a further 17,000 square feet of workspace. K2 Architects has been appointed to design the scheme, which will feature a variety of studios along with collaborative breakout areas, meeting rooms and co-working space.

The ground floor will also include a public café with events space and outdoor green area.

The ambition is to develop the Baltic Triangle’s first digital technology hub, which is expected to attract companies working in growing markets such as VR, AR, IoT, eHealth, FinTech, MADTech and Big Data. Once established, the scheme will support about 30 companies and 150 full-time jobs.

Baltic Creative CIC has secured £2.6m investment from The Charity Bank and European Regional Development Fund to deliver the scheme, which will start on site in November 2017 and is expected to be ready to let by September 2018.

Mark Lawler, MD of Baltic Creative CIC, said: “This process has been a long time in the making and it has been the most challenging acquisition that I have worked on in my career to date. Liverpool’s tech sector is booming, with figures showing that Digital jobs in the north are growing 10x the rate of non-digital jobs.

“Here at Baltic Creative we are witnessing a huge demand for dedicated tech space and we’re committed to transforming 61-65 Norfolk Street into a scheme which will support the growth of digital businesses.” 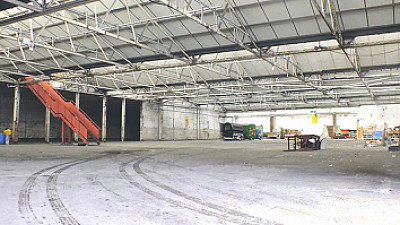