Lawrence Jones, CEO of UKFast, is calling on industry and government to engage in a more ‘collaborative’ approach to cyber-defence following the attack on the NHS.

A global cyber-attack on Friday affected huge swathes of the NHS as well as schools, businesses and other organisations.

Jones is founder of cybersecurity and ethical hacking specialist Secarma, which provide hosting and cybersecurity solutions for businesses, local government and the public sector.  The firm has been working with organisations including Manchester City Council to inventory the city’s IT estate and identify solutions for at-risk areas.

He said: “Global success in cybersecurity is only achievable through greater collaboration. The theory that you only look after your own just doesn’t wash any more. We are all using similar systems and sharing networks, so it’s critical we work together to protect ourselves.

“Friday’s attack is a huge wake-up call for everyone and we have to remain vigilant at all times to this threat.

"Businesses with the expertise have a responsibility to support government and public sector organisations. All of us rely on the services they operate and we have seen the catastrophic damage that occurs in the event of an attack.

“As soon as this strain of malware was identified, the internet was awash with research, theories and ideas of how to stop it – technical experts sharing their knowledge and adding pieces to the puzzle.

"It’s incredible that it took a 22-year-old to stumble on a temporary fix that has bought us all some time to work out a real solution.

"In the meantime, it was a shame to see that Microsoft was able to issue a patch in a matter of minutes for even outdated software, when if they had in fact issued that much earlier for the software that it classed as ‘end of life’, rather than pushing people to buy the latest versions, I doubt that we would be in this mess.

"They could be considerably more pro-active in helping their users defend against threats." 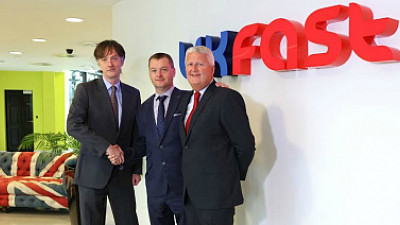