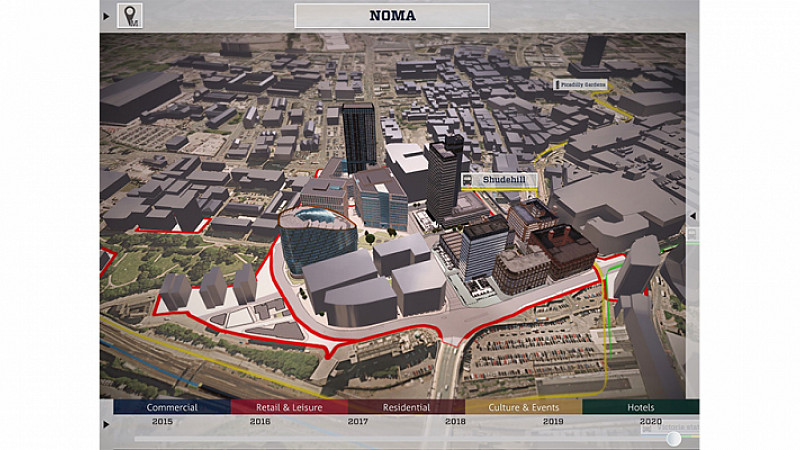 Mi has developed an App to promote the 20-acre NOMA development in the centre of Manchester.

The Salford-based studio was commissioned to bring all the disparate information and data about the project into one place.

“We wanted to create a digital marketing tool that could showcase NOMA in an interactive, accessible way for multiple audiences,” explained Nicky Moore, NOMA’s brand and marketing manager.

“The app is result of a genuinely integrated client/designer development process, driven by the ultimate goal of creating a user-friendly and engaging product. Mi have delivered a fantastic app for us which has become the stand-out element of our marketing.”

Over the next 5 years, the area will become the site of homes, offices, hotels, retail and leisure space. The app serves as a “central repository” for everything from Excel documents to CAD modelling data and statistics across all areas of NOMA.

Mi developed it so that content can be updated weekly and, as production director, Adam Dickinson explained, it had to work off-line as well:

"The key with deploying tech is restraint.  We made the decision early on that the App should be standalone and not Wi Fi dependent.  The NOMA agents would be the primary earlier adopters in the field, we felt that a dependency on continuous Wi Fi access would represent an unnecessary risk to the functionality of the App.

“Anyone who has attended a popular industry event knows that Wi Fi is not dependable in those situations and often falls down at the worst moment, especially given the amount of data which needs to be continually accessed. The client and we both feel this solution is the most robust.”

It’s being officially released at MIPIM and will be available on the App Store. 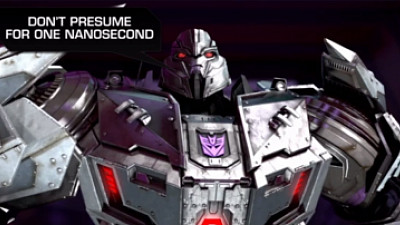