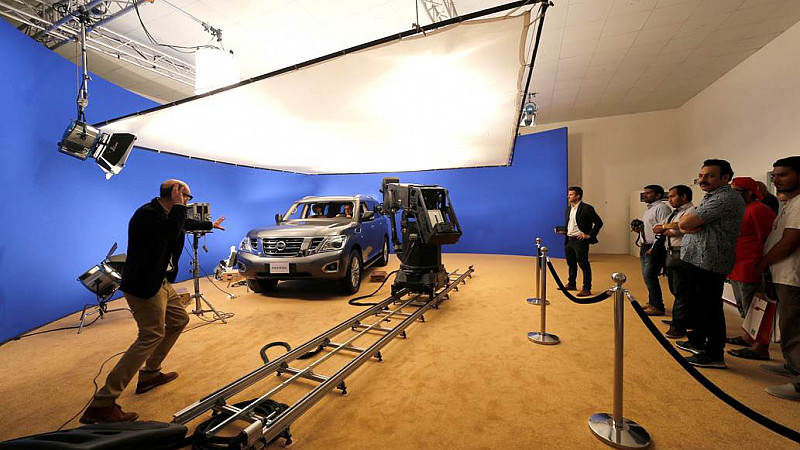 Car maker Nissan, which has a UK base in Sunderland, has built an experiential film studio at the Dubai International Motor Show which allows visitors to take part in their promotional film, ‘Nissan Patrol: The Movie’.

The interactive 'physical-digital experience' is making its global debut at the show and uses the latest in green screen technology and cinema camera equipment.

The specially-made movie trailer, allows members of the public to play ‘Agent 23’, and share it via social media channels.

The movie trailer features two secret agents each in Nissan cars in a desert location car chase showdown. The actor becomes ‘Agent 23’ within the trailer, as they battle it out across the desert in the new Nissan Maxima and the Nissan Patrol.

The Japanese automaker also produced full sized movie posters for ‘Nissan Patrol: The Movie', with the person’s photo featured alongside their name as the starring lead actor or actress.

Nissan’s head of digital for Africa, Middle East and India, David Parkinson, said: “We want to bring the physical aspect of driving together with virtual and activity elements into an immersive experience.”