Jones has taken a 10.5% stake in the company - a total of 5.6 million new ordinary shares - meaning he is now its third largest shareholder, behind co-chief executives Piers Linney and Simon Newton.

Outsourcery said that Jones was investing in a personal capacity.

Jones, who with wife Gail owns 97% of the company they founded in 1999, was named an MBE in the 2015 New Year's Honours List for services to the digital economy.

He was one of the highest-placed new entries in the most recent Sunday Times Rich List, with an estimated personal fortune of £247m.

Jones said: “This has the hallmarks of a great investment. I’ve known Piers for more than 25 years and I am looking forward to what the future holds.”

Linney added: “Lawrence's investment in Outsourcery is a positive step for both him and our business. Manchester is growing in significance as a hub for innovative and technologically driven companies like ours and this is a great vote of confidence in the progress that we have made. A combination of this investment and added industry experience will take us one step further on our growth plans." 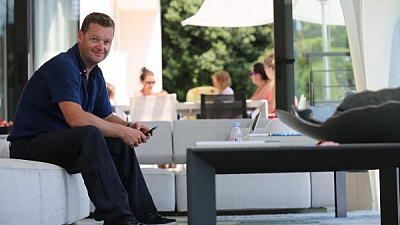