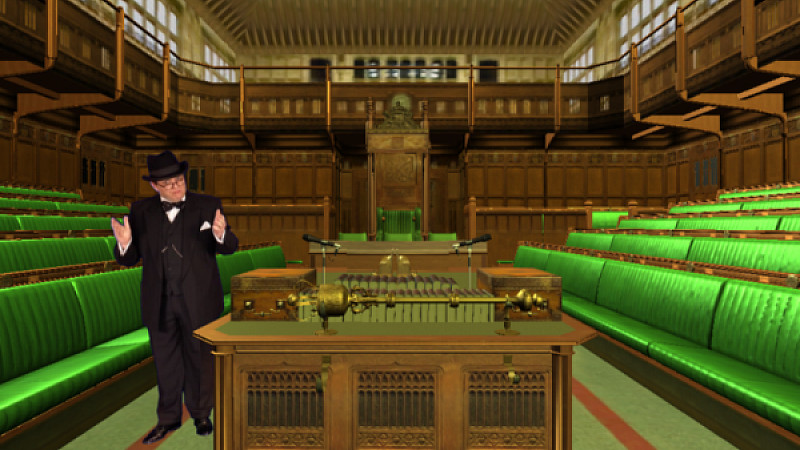 Peel Interactive has developed an augmented reality app for the recently-launched Education Centre at the Houses of Parliament.

Tasked with bringing historical figures, the traditions of the Commons and the themes of Parliament to life, the Yorkshire agency created the app to be used in conjunction with the visitor/student learning experience.

The Education Centre has three themed teaching rooms, each with its own unique augmented reality experience produced by Peel. The rooms have Commons, Lords and Monarchy themes. A virtual Winston Churchill in the Commons room

Jessica Akrigg, head of development at Peel, said: “With the aim of enabling young students to interact creatively with the content in the centre and with engaging young people in a more meaningful and interactive way, the app increases the learning experience with new content, whilst at the same time ensuring it is delivered in a fun and innovative way.”

The Parliamentary Education Centre was officially opened on Wednesday by Professor Brian Cox and offers schools a way to learn about Parliament, democracy and politics.

In the last seven years the Parliamentary Education Service has enabled 300,000 visitors to come to Parliament, from more than 4,000 schools. The new Education Centre will allow one million school children to visit over the next decade.

Peel has recently developed other augmented reality apps with The Alnwick Garden in Northumberland and Colchester Castle Museum. A scene from the Lords room
Digital Agency NewsNews