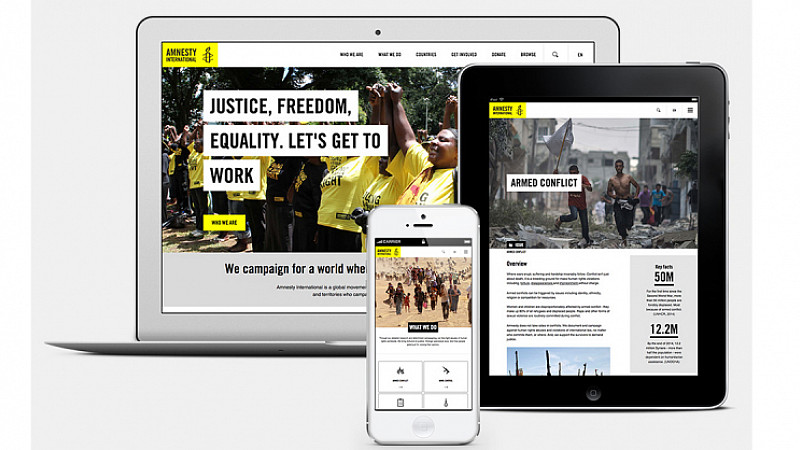 Code Computerlove has completed a redesign of Amnesty International’s global website, to coincide with the release of its annual report on human rights. The Manchester digital agency was appointed to the brief last month, following a research and discovery project.

“Amnesty.org sits at the heart of our digital framework and is the global face of the organisation and the destination gateway to taking more action, whether on other Amnesty sites, through social channels, by involving yourself in a campaign, or taking 'real world' actions to spread the word by giving time and money.”

Multimedia content is central to the new site, to tell the story of what the organisation does, but also to inspire and encourage people to get involved and donate.

“The new platform has given Amnesty International a consistent and coherent way to present the brand, while the clever content management system makes the breadth and depth of Amnesty's human rights content more accessible, enhanced by a powerful Elastic Search tool,” added Sally Anderson, account director at Code Computerlove.

“The digital platform joins Amnesty’s other channels allowing donating, joining and signing petitions via Engaging Networks and the responsive site can be viewed from all types of device, be it mobile or desktop. On-going performance testing will then ensure the site’s ongoing evolution.”

Code carried out extensive research and testing before designing and building the site.