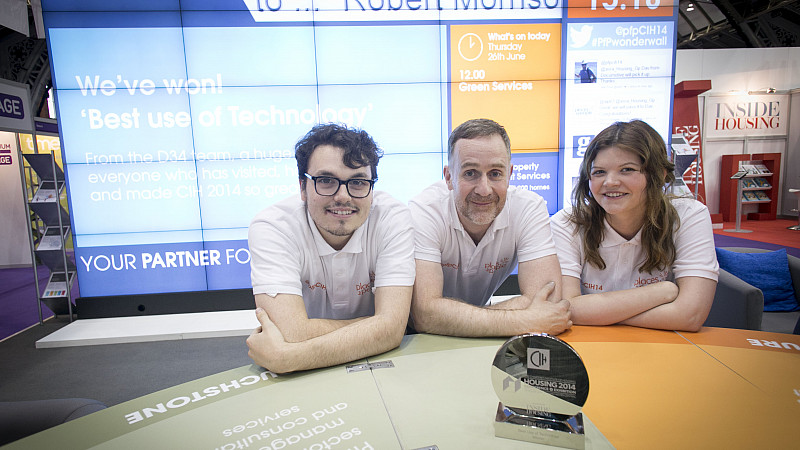 The screen took pride of place at the Chartered Institute of Housing annual conference held in Manchester last week and was used to screen more than 25 hours of video including a series of new corporate films created for Places for People by Leeds-based Bradley Media.

Places for People’s head of marketing, Tim Frier explained more: “The huge video wall was the focal point of the Places for People exhibition stand; helping us to stand out from other exhibitors and to attract visitors to the stand.

"In addition to the hours of video content, the wall also featured a live Twitter feed, which proved a fantastic way to interact with visitors to the conference and to raise awareness of Places for People’s business-to-business offering.”

Bradley Media attended the conference and produced content for the video wall including a live stream of David Cowans, Places for People’s chief executive as he delivered a keynote address at the conference which was attended by more than 6,000 delegates.

MD Nick Bradley said: “Bradley Media was the engine room that created the video content and providing a live broadcast. I was very proud of the team who worked tirelessly to turn around five corporate videos, 20 brand idents, 21 keynote presentations, two on-location same-day highlight videos and a live 90 minute broadcast using our new 4G Video-Live technology. Everything was delivered on brief, on time and on budget.”