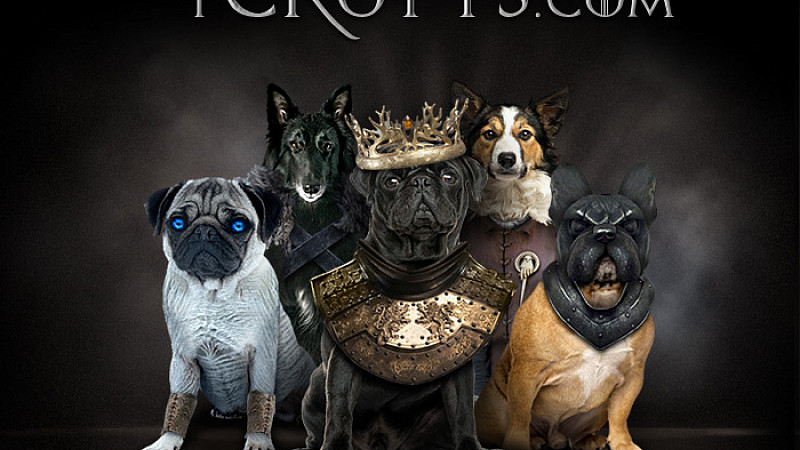 Nonetheless, Neil Richards of Websites are lovely was sitting down watching his favourite dog show (we didn’t ask) and suddenly got inspired and so Game of Crufts was born.

“I came up with the idea for the quiz whilst watching Crufts dog show on the sofa with my wife. I noticed that the names of the dogs were really similar to characters from Game of Thrones, and knowing how bad my wife is with the names I started quizzing her, he explained.

“It was good fun and I thought others would enjoy it so I took to Twitter, asking friends to have a go. Chris [Gibson, Sevenpointsix] was interested (and scored highly!) and said that if I designed it, then he would build it. I polished up some Photoshop files of dogs in the characters clothing, added some poor puns, put a database of names together and Chris had the working version up and running really quickly”

With the season finale next week, Richards and Gibson are hoping the online game will fill the gap left in the lives of Game of Thrones fans.

"I love this kind of project. The big ecommerce jobs might pay our wages, but for me, this is what the Internet is all about; bringing great ideas to life and sharing them. Neil flatters me, though; I consistently score about four out of ten on the game,” added Gibson.