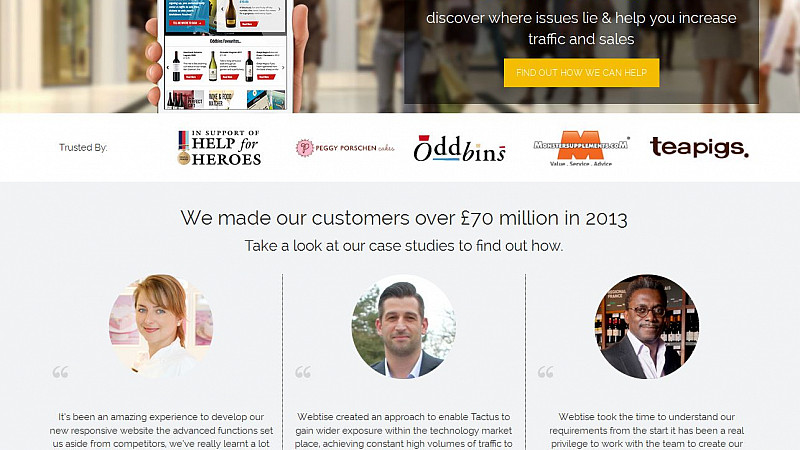 Webtise has undergone a rebrand to underline its new direction as a fully integrated e-commerce agency. The Wirral-based company enlisted the help of Liverpool’s Black & Ginger to do the work, which includes a new logo and office design. The digital agency has also implemented a new project management system, Scope.

“Webtise has seen a large influx of client enquiries and referrals over the past year, we felt now was the right time for Webtise to rebrand, it’s been in the planning for the past six months and it reflects our passion to evolve and grow the agency,” explained Daniel Clutterbuck, co-founder of Webtise.

“The future looks bright for Webtise and we will begin to look for a London presence for Webtise towards the end of the year. As we continue to grow, we look to increase our 20-strong team with additional staff members throughout 2014.”

The agency, which is seeking to acquire a digital agency in the North West, stated that it had spent £100,000 on “the whole rebrand project.”

“This is an exciting time for Webtise we wanted to hit the ground running going into 2014. We’re making a bold impact with the new dynamic logo and responsive website, reflect our individual design, alongside the new office refit,” added managing director, Graham Withe.