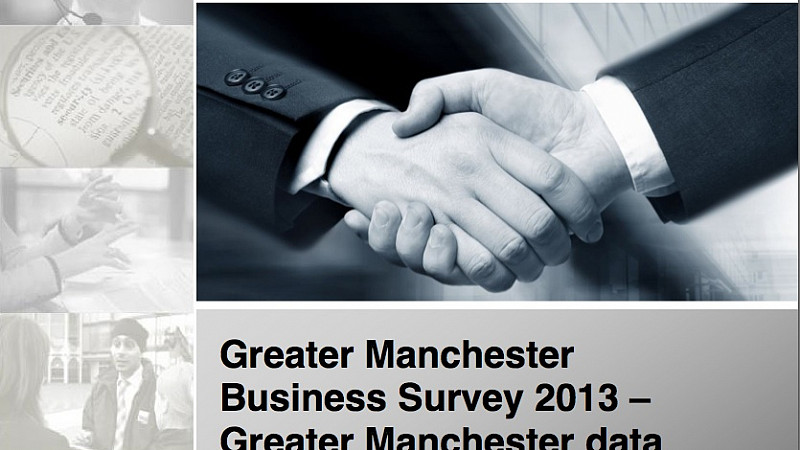 Skills gaps in the Greater Manchester workforce are still running far above the national trend, according to the latest survey of business in the region.

But business confidence is riding high, according to the report by the New Economy organisation with 50% of those surveyed optimistic about the year ahead and expecting their turnover to increase.  Only 7% anticipate their turnover will decrease this year, whilst 33% expect it to stay the same.

Dr Alexander Roy, acting deputy director for New Economy, said: "It is encouraging to see that economic sentiment is improving across Greater Manchester, which is reflected by the boost to business performance levels and to perceptions of the conurbation as a place to trade.

"However, there remain some significant challenges. Not least around Greater Manchester’s links with international markets, by which there is still room for improvement. Though the signs suggest we are moving in the right direction with interest growing in trading with the BRICs markets in particular."

But when it comes to recruitment, around one in five Greater Manchester employers (22%) reported skills gaps within their workforce and these covered a range of skill areas, with the most frequently cited being in technical/specialist/craft skills.

The report, which you can read in full below, says this compares to one in seven (15%) of firms reporting skills gaps across the UK in the 2013 National Employers Skills Survey (UKCES 2013).

The predominant reason for recruitment difficulties has been ‘a low number of applicants with the required skills/qualifications’ (47%). Skills required are most likely to have been those relating to technical/specialist/craft skills (67%)

The survey also looked at business respondents attitudes towards the lifestyle offered locally and found more than a third (34%) were dissatisfied with parking arrangements while nearly a third (32%) are dissatisfied about crime and anti-social behaviour in the region.

The survey incorporates responses from more than 1,200 telephone interviews with businesses across the conurbation.