Formisimo, an analytics start-up originally set up by Manchester SEO agency theEword, is to base itself at Google’s London Campus after earning a coveted place in the Seedcamp Academy programme.

The company was picked after an intensive five-day mentoring programme where it pitched its business plan to Seedcamp investors, technology and business leaders, product specialists and 180 London-based investors and mentors. Co-founders Al Mackin and Tom New will spend three months receiving in-depth mentoring and support, and the start-up will also have access to free business services and infrastructure assistance worth over £150,000.

Mackin said: “To be chosen to take part in Europe’s top accelerator programme is an honour and we see this as a huge validation of what Formisimo is trying to achieve.

"Start-ups chosen by Seedcamp have raised more than $120 million in capital worldwide, giving the programme an enviable track record. We can’t wait to work with their world class team at the Google Campus in London.”

Launched in May last year, Formisimo has tracked more than 80 million customer interactions and counts over 600 companies – including Travelex, Genting, the Financial Times and Borro – among its users. The company exited beta in January 2014 and has now moved to a paid model.

Reshma Sohoni, founder and partner of Seedcamp, said: "Formisimo has an impressive product and team. What they're doing has a global reach and we're excited to be working with them. Every e-commerce and B2B business marketing head should be using Formisimo. If they’re not, the CEO should be calling them in right now.”

END_OF_DOCUMENT_TOKEN_TO_BE_REPLACED 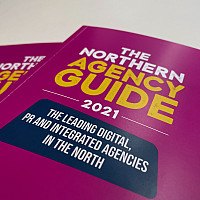