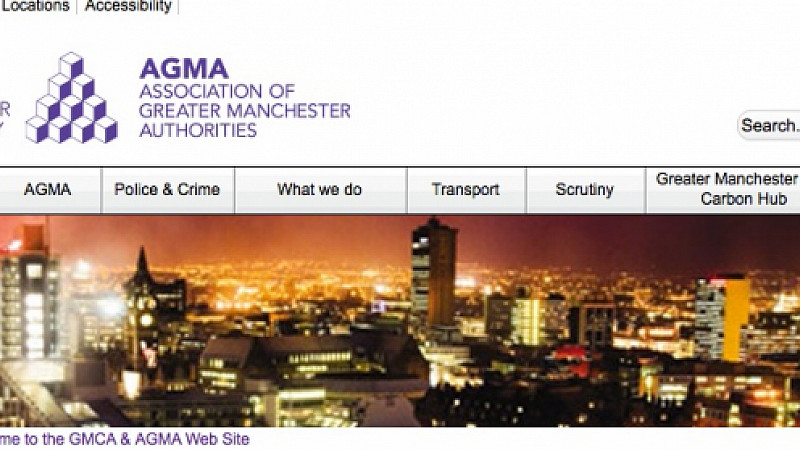 A meeting is taking place this morning between the 10 authorities in Greater Manchester to outline their future.

On the agenda for the Greater Manchester Combined Authorities (GMCA) is a report by Donna Hall, the chief executive of Wigan MBC. She’s recommending that they invest in communications.

GMCA and AGMA (Association of Greater Manchester Authorities) is a partnership between local authorities to coordinate “economic development, regeneration and transport functions.” Established in 2011, it doesn’t have dedicated PR support, with all public relations handled by individual authorities.

Hall argues in her report that it should have a “small dedicated communications resource” to coordinate communications at a Greater Manchester level.

The recommendation is to “buy-in this resource” for £50,000 per annum with the new communications team tasked with promoting the successes of Greater Manchester and “demonstrating the reality of investment in growth and the impact of reform on real lives.” The cash would also cover maintenance of the website.

“The benefit of the current communications model is that responsibility for communication is shared. There has been some coordination of mass marketing campaigns (such as the GM Energy Switch and electoral registration) which has achieved greater efficiencies and impact by being managed at a GM level,” states the report.

“However, the nature of current arrangements does make the development, coordination and dissemination of a consistent, strategic GMCA communications narrative difficult.”

The cash would be invested in “proactive” press and public relations management; coordination of external mass media communications campaigns; and coordination of internal engagement.

The web project would be managed internally, with technical and design support provided by Manchester City Council’s communications and IT teams. A brief has already been prepared.