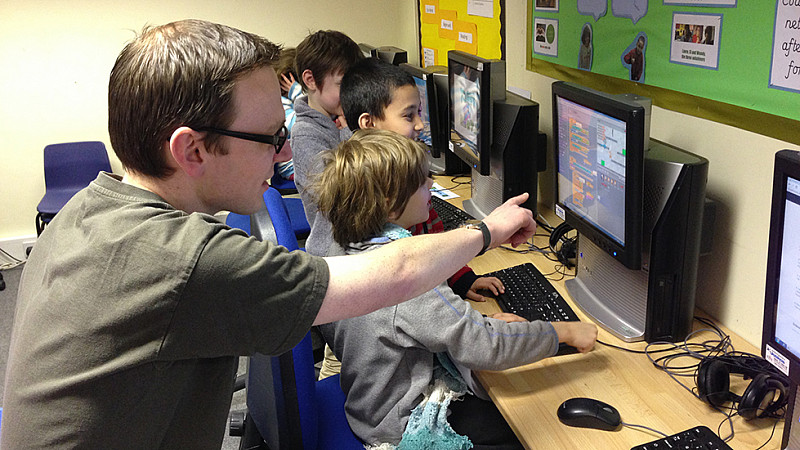 Children as young as 9 are to be offered lessons in coding, following a partnership between Code Club, CTI Digital, Manchester City Council and Manchester Metropolitan University.

The plans are to have a Code Club running in at least half of the city’s primary schools by the end of this year. It comes following the government’s announcement that 2014 is the Year of Code. With Manchester having the second largest cluster of digital agencies in Europe (behind London), organisers are hoping to get the next generation interested in computer skills.

Code Club is a not-for-profit organisation, which runs a network of after-school clubs and has promised to start coding classes in a minimum of 65 Manchester schools.

“We are so excited that Manchester has backed Code Club. It's vital that children all across the country, from all different backgrounds, are taught computing skills. We hope that by maximising access to Code Clubs we will empower a whole generation of children with creative problem solving skills who can then go on to make the most of future opportunities  - both in their future studies and in the workplace,” stated Clare Sutcliffe, co-founder and CEO of Code Club.

CTI Digital will be helping the organisation by signing up volunteers from the digital sector to run the classes.

“I know children can achieve amazing things once they ‘get’ code and sparking this interest and encouraging their development will benefit the whole digital industry,” added Paul Johnson, director of CTI Digital.

“It doesn’t surprise me that many teachers see the new computing curriculum as a problem. When I was at school in the 1980s, access to computers was limited and teacher knowledge lacking. Today the same problem exists it seems - but by providing Code Clubs across Manchester, we can be part of the solution.

“Our volunteers will bring with them passion and enthusiasm for the industry, which can prove infectious to young people and teachers.”