Delights of Durham on show as three-year campaign launches 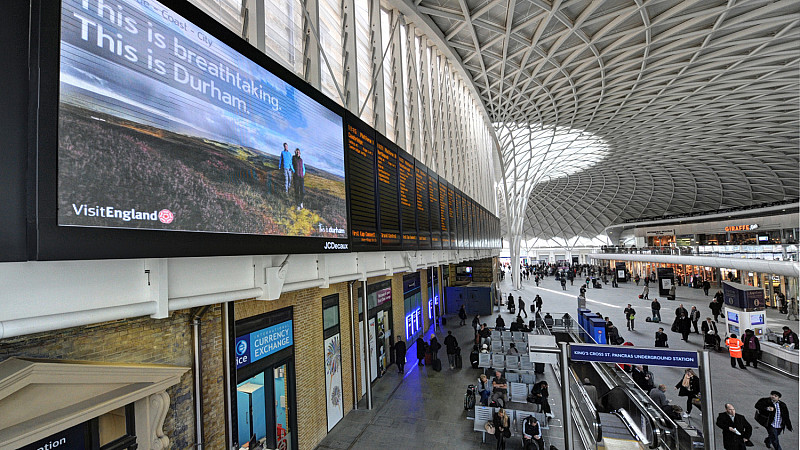 Durham Cathedral is generally regarded to be one of the most stunning buildings in Britain, but less well known is the countryside and coastline that surround it. A new three-year national campaign by Visit County Durham is aiming to change that.

Throughout February and March, a high-impact campaign featuring spectacular images of the area is running in key locations and media across the country. Other activity includes online advertising, e-newsletters and a recent supplement in the Traveller section of The Independent.

Visit County Durham and Stark Hartley Atkinson in Newcastle-upon-Tyne have been jointly responsible for the creative, while MediaCom in Leeds is handling the media, digital and print. Four BGB is running for campaign PR.

The current theme is walking and cycling, with a one-stop shop website featuring over 120 routes from across the county. The second part of the campaign will focus on Durham’s heritage this summer, followed by the county's food and drink offer in 2014. Campaign advertising on the London Underground

Funding for the campaign, totalling £450,000, has been provided by the Government’s Regional Growth Fund (RGF) administered by VisitEngland, and backed by matched funding of £210,000.

Support for the current campaign has been provided by North Pennines AONB Partnership, Hamsterley Forest, Northumbrian Water, Durham Heritage Coast Partnership and Dalton Park, with additional support from almost 70 smaller businesses from across the county.

Visit County Durham chief executive Melanie Sensicle said: "The emotive imagery and phrases used in the campaign were designed to really challenge people’s perceptions of the county. And from the feedback we have received, we have achieved just that."