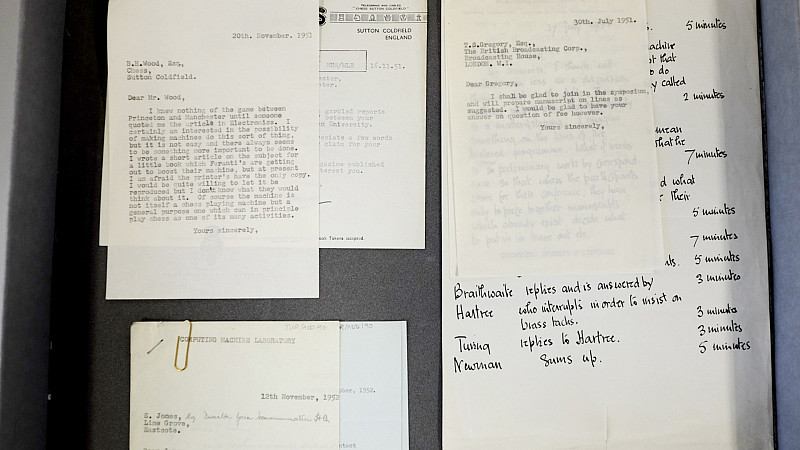 Almost 150 documents belonging to Alan Turing have been found in an old filing cabinet at the University of Manchester.

They include a handwritten draft of a BBC radio programme about artificial intelligence.

“When I first found it I initially thought, ‘that can’t be what I think it is’, but a quick inspection showed it was, a file of old letters and correspondence, by Alan Turing. I was astonished such a thing had remained hidden out of sight for so long,” explained Professor Jim Miles of the School of Computer Science, who was reorganising a storeroom, when he discovered the filing cabinet.

“No one who now works in the School or at the University knew they even existed. It really was an exciting find and it is mystery as to why they had been filed away.”

It contains very little about Turing’s personal life and his conviction in 1952 and enforced hormone treatment. His work on Enigma was still top secret at the time and the only reference is a single letter from the director of GCHQ about Bletchley Park.

The correspondence does however, give a unique glimpse into his everyday life and his opinions, not least those on America:

“I would not like the journey, and I detest America,” he wrote in response to one conference invitation in 1953.

“This is a truly unique find. Archive material relating to Turing is extremely scarce, so having some of his academic correspondence is a welcome and important addition to our collection,” said archivist, James Peters.

“There is very little in the way of personal correspondence, and no letters from Turing family members. But this still gives us an extremely interesting account and insight into his working practices and academic life whilst he was at the University of Manchester.”

The letters mainly focus on AI, computing and mathematics and will now be stored at the University library. 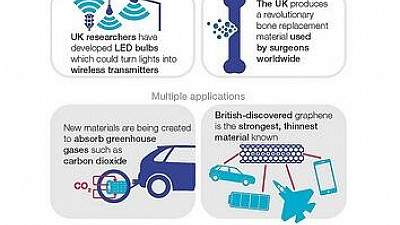