Filming is about to start on a Hank Zipzer feature length special, starring Henry Winkler.

The 90 minute Christmas film is inspired by the book series Hank Zipzer: The World’s Greatest Underachiever, written by Henry Winkler and Lin Oliver.

Hank Zipzer’s Christmas Catastrophe goes into production this week in Dewbsury and will be made by Kindle Entertainment in association with Walker Productions and CHS Media.

"Our fabulous standalone Xmas special will delight Hank’s growing army of fans and we're thrilled to have a full 90 minutes to enjoy his Christmas capers alongside partner in crime Henry Winkler who plays the irrepressible Mr Rock,” said Cheryl Taylor, controller of CBBC.

Supported by Screen Yorkshire’s Yorkshire Content Fund, it’s written by Joe Williams, with Matt Bloom directing. It will be aired on CBBC this December.

“Hank’s Christmas Catastrophe will give the audience everything they love about the TV series - big laughs and big emotional moments - with the additional sparkle of a Christmas romance for Hank and the birth of a baby brother,” added Anne Brogan, Co MD of Kindle Entertainment. 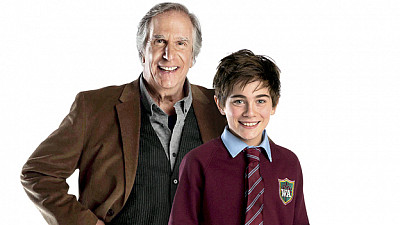