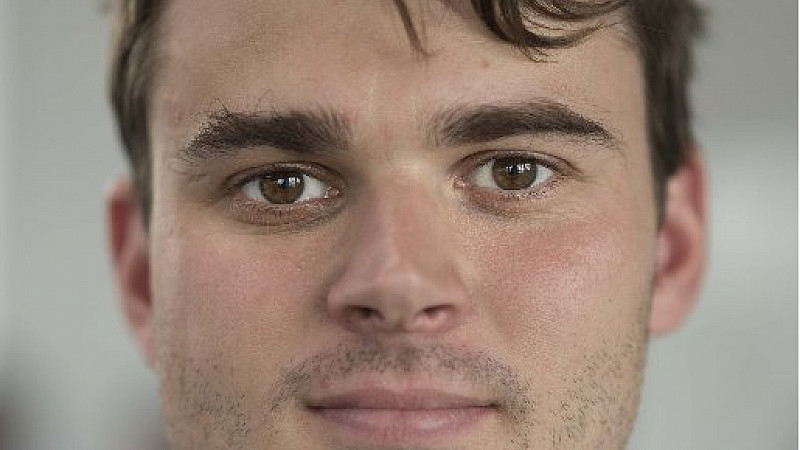 Tom Forth is the founder of imactivate, a creator of PhotoMaps. The firm operates in Leeds and Birmingham - which is believed to be the most likely destination for Channel 4 if it has to move out of London. But Tom insists the broadcaster must relocate to Manchester.

The Department for Culture (DDCMS now) is probably using the standard government approach for spending money outside of South-East England: request bids, invite people to London for interviews, and then judge them against written but flexible guidelines that allow any decision, taken for whatever reason, to be justified as fair and objective.

It's not great, but it’s fine, and in my wildest dreams I hope that this blog will inform the decision. In my experience DDCMS does not have the same level of analysis of this problem as we have been doing for years in Leeds.

The 2017 Conservative manifesto promised to move Channel 4 out of London. I welcome this enormously. It will relieve pressure on London and stimulate private economic activity elsewhere. It will help the place that wins the competition pay more of its way within the UK, and rely less on handouts.

It will better represent the whole country on our TV screens, giving news time to people who can get to a TV studio in a new part of the country at short notice, instead of the usual suspects. It will give a new group of people who went to different schools, and who meet in different bars, restaurants and clubs the chance to understand and inform how the media works. It won't be perfect, but it will be better.

But there are also risks to moving. The largest of which is that we pick somewhere like Wilmslow (ICO), Sunderland (Software City), or Newport (ONS). The Bean report into the ONS’ struggles to retain and attract staff to Newport show what a challenge it is to move a skills-reliant operation from a well-educated city of 10 million people to a poorly-educated city of 250 thousand. Salford has a thriving media community at MediaCityUK

I have witnessed the emptiness of Sunderland’s software city and the remoteness of ICO staff from the wider data community of Manchester and North England myself. Moving is hard to get right. And yet in the UK we so often seem to make it as hard as possible.

We pick destinations not on the likelihood that the body moving their will succeed, thrive, and generate accompanying private sector activity, but rather we pick the places where success, however unlikely in that place, is most desperately needed.

An exception to this trend was Manchester. In Manchester we see the stunning success of the BBC relocating 10% of its operations to Salford. I find that the move led to a doubling of productivity in related private industries in the city . I haven’t seen any more detailed studies.

Salford Quays is thriving. And, in part because of the BBC move, Manchester has become the undisputed capital of its densely-populated corner of North England. It is on the cusp of being the genuine competitor to, and thus the economic-pressure release valve for, London that the UK desperately needs.

I’ve written before about how the UK’s cities are extremely unusual . Unlike in most countries where larger cities are more productive, the larger a UK city gets, the less productive it is. This is really important. It explains a large part of the UK’s productivity gap with our neighbours, and it is a huge constraint on our economic growth. This is especially true given that restrictions on building elsewhere pushes people towards our less productive cities.

I am convinced, and you can read my arguments at length on other blogs, that the UK’s city productivity gap is largely the result of three fixable things (plus skills which is really hard). Poor infrastructure (that keeps our cities internally separated), low R&D investment by the state and business, and a lack of state-backed institutions around which private businesses grow. Channel 4 is such a state-backed institution, and we should use this opportunity to boost the UK’s economy by as much as possible.

Channel 4 will lead to the greatest success in Manchester

We know from Nesta’s Geography of Creativity in the UK work that Manchester is by far the largest cluster of activity in Film, Radio, and TV outside of London. This is why it should also host Channel 4. All of our understanding of urban economics tells us that developing a cluster from scratch gives less reward than expanding an existing one.

And yes, cancelling the move and expanding London might give the largest benefit of all — but London has proved itself unable to expand its airport, build more homes, and develop infrastructure at anything less than enormous costs. So it has to be Manchester.

My views on this are very unpopular. From the left to the right of politics people think that all economic activity should be spread out evenly, and that nowhere should get ahead of anywhere else. For some reason they except London from this bargain, and ignore that this approach has made the UK Europe's most regional unequal country.

It is the same argument as the compelling one to give every kid at sports day a first prize medal. We know that it doesn’t work.

With previous relocations out of London we’ve seen lower returns. By jam-spreading what little public investment makes it out of South-East England we have let down our mid-size cities. And the price we pay is that no region of the UK away from the Capital has strong enough businesses that it can pay for its own services without a handout from London .

Moving Channel 4 to anywhere but Manchester is a vote for feel-good redistribution, not an investment in the UK’s future prosperity. It is a vote for continued reliance on transfers from London, instead of local fiscal responsibility and power.

It is barely a decentralisation at all. And it frustrates me enormously when people on the right, who otherwise support decentralisation, genuinely support moves to places where Channel 4 is less likely to succeed and where it will keep the UK just as cripplingly focused on London as at present.

What about the other places?

Liverpool can reasonably argue that it is close enough to Manchester that Channel 4 being in the city would add to the existing cluster in Salford. I would love it to bid, make that case, and win. It is probably the UK’s most outward-looking city and I think that we are desperately in need of such an attitude here.

I think Sheffield should focus hard on manufacturing, that Leeds should focus hard on data and health. Newcastle is its own place, a fantastic place for new ideas, and the best-placed English city to take advantage of Scotland’s economic strength. But it should not be home to Channel 4.

And then there’s Birmingham. Birmingham is desperate to bring broadcasting back to the city, but it has no significant existing cluster of activity in TV, Film, and Radio. If I was in charge, I’d do a deal – consider Liverpool and Manchester for Channel 4 but give us the Commonwealth Games and promise to look at moving some regulatory functions of the Bank of England here when HSBC move.

This piece was originally published on Tom's blog.