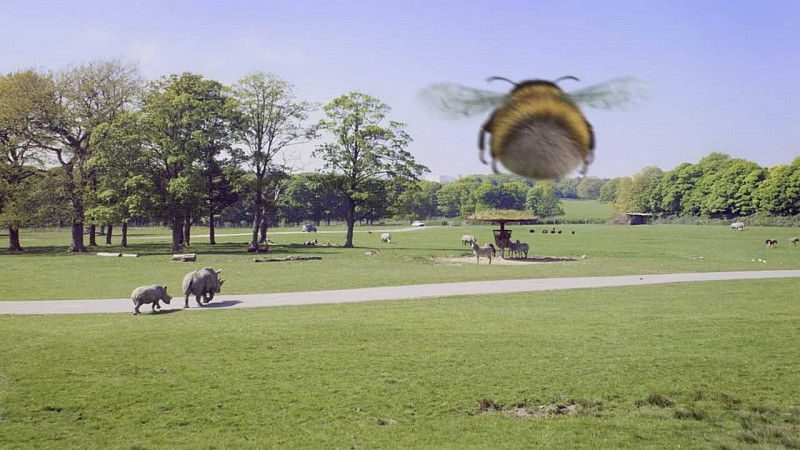 Manchester's IF agency has produced a TV campaign for Knowsley Safari, highlighting the adventures families can have at the Merseyside-based visitor attraction this summer.

The 30-second advert follows a bee as it flies across the vast open spaces and observes the array of wildlife families can see over the school holidays.

Jo Whiteley, creative director at The IF agency, said: “Finding a way to convey the true scale of the adventure at Knowsley is a real challenge. I won’t lie. I felt sick from the moment Knowsley signed off the script. Wild animals, kids, weather and a CGI bee... What could possibly go wrong?

"In reality, the bee was a moment of absolute brilliance. Allowing us to take viewers on a real adventure, at pace and capturing the imagination of our core audience.”

Rachel Scott, head of marketing at Knowsley Safari, said: “There is no better way to convey the expanse of Knowsley Safari than from the air. That’s what made this ad creative so simple, yet effective."

Knowsley Safari has worked with The IF agency since 2012, when it was appointed to raise the profile of the park and translate the whole customer experience through press, outdoor, radio and TV creative campaigns.