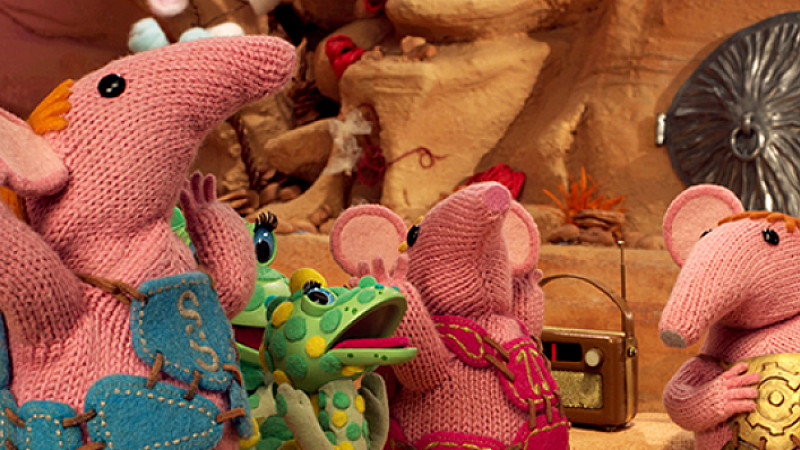 Altrincham’s Factory has started work on the second series of Clangers, for CBeebies.

The announcement was made today by rights holder, Coolabi Group, which said the 26 x 11 episodes would air later this year.

Once again narrated by Michael Palin, it has proved a big hit for fans, old and new and has won a series of awards, including a BAFTA for Best Pre-School Animation.

“We are over the moon to welcome the Clangers back to CBeebies. This beautiful programme has an enduring magic that enchants todays audience, and the warmth and kindness of Clangers are both comfort and examples to us all!” said Jackie Edwards, head of BBC Children’s acquisitions and independent animation.

Peter Firmin, one of the creators of the original series, and Daniel Postgate (son of series co-creator Oliver Postgate) remain actively involved as executive producers for the new series.

“We’re delighted to have a new series of Clangers in production and we’re excited to be working once more with the incredibly talented team that brought to life the magic and kind nature of the show,” added Jeremy Banks, CEO Coolabi Group.

Clangers is co-produced by CBeebies, Coolabi Group and Smallfilms with BBC Worldwide for its international channels.