Moving On returns as BBC One reveals new commissions

The Jimmy McGovern drama gets a 5 x 45 minute outing, with each episode telling a self-contained story about characters who’ve reached a turning point in their lives.

Eighteen features Mati (Antonio Akeel), who’s found that his application to remain in the UK has been denied, and he’ll be deported to Afghanistan on his 18th birthday.

Paul McGann directs Zero about a man who works 2 part-time jobs and is struggling to start a life with his girlfriend. Then he gets offered a job at a luxury car factory, but it’s a zero hours contract.

The series is executive produced by Colin McKeown and Jimmy McGovern for LA Productions and Dan McGolpin for the BBC.

“We know that BBC Daytime viewers love to escape into a good story and we’ve got a fantastic mix of both original and acquired drama coming up for them this autumn and next year,” said McGolpin, controller of daytime and early-peak.

Another new commission is an adaptation of Wilkie Collins’ novel, The Moonstone. Starring Cold Feet’s John Thomson and Sarah Hadland (Miranda) it will air as part of BBC Learning’s #LoveToRead season. 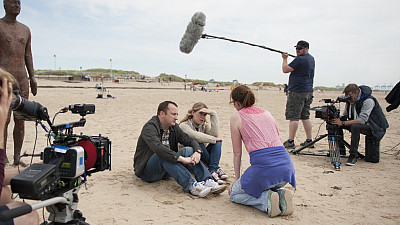