"Working with Peter for 5 live’s 20th anniversary reminded me of how annoying he is."

Jane Garvey on reuniting with her old sparring partner of 13 years, Peter Allen. The pair worked together on Radio 5 Live's Breakfast and Drive shows, picking up 6 Sony awards during that time.

“It’s hard to believe it's nine years since Jane and I hosted a regular programme together - harder still to imagine that partnership lasted 13 years before it collapsed,” said Allen.

“I did rather fancy the idea of joining her on Woman’s Hour. I am sure I could have helped but the management seem curiously reluctant to accept that.

“So it’s back to 5 live for both of us - cross your fingers on my behalf.”

Peter Allen stepped down from presenting 5 live Daily this summer, to focus on the new Sunday show, which starts on 13th November at 7.30pm.

On it, the pair will be interviewing people who’ve made the headlines, as well as looking forward to the week ahead.

“Working with Peter for 5 live’s 20th anniversary reminded me of how annoying he is. And it brought home how much I’d missed working on the station I’ve never stopped listening to,” added Garvey. 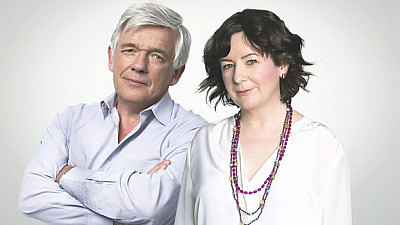