Red Production Co’s The Five to air next week 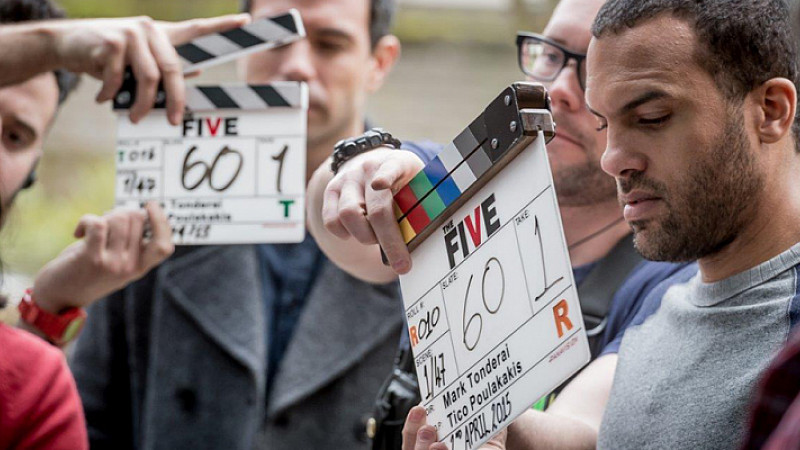 The Five, the first original television drama from best-selling crime novelist, Harlan Coben, is to air on Sky 1 next week.

The series was made by MediaCityUK’s Red Production Company, which set up a production base in Liverpool to film it.

“Liverpool and its’ surrounding area provided the perfect backdrop to The Five,” said Nicola Shindler, executive producer and founder of Red.

“We needed a location that would give us a fictitious town and a diverse range of locations – from luxurious suburban homes to dark urban landscapes. The city became an important part of the tone and feel of the show and, logistically, was a great place to shoot.”

A 4000sq ft production office was established at the Liverpool Innovation Park, with filming taking place inside the Cunard Building and the former Holly Lodge School site in West Derby.

“It was a huge coup for the city to be selected as the main filming location for what is set to be one of Sky One’s flagship dramas,” added Liverpool’s Film Office manager, Lynn Saunders,

“We had fantastic feedback from the production team regarding their Liverpool experience, with the choice of locations and the fact there was a dedicated Film Office on hand to help them out when needed really standing out for them.

“It has been a great boost to our local economy and we look forward to seeing the finished product on our screens in the next couple of weeks.”

The Five stars Tom Cullen (Downton Abbey), O-T Fagbenle (Looking), Lee Ingleby (Inspector George Gently) and Sarah Solemani (Bad Education). In total 100 people were employed as cast and crew, spending 7 months in the city and having an estimated impact of £2m to the local economy.

The Five premieres on Sky 1 with a double bill on Friday 15 April at 9pm.