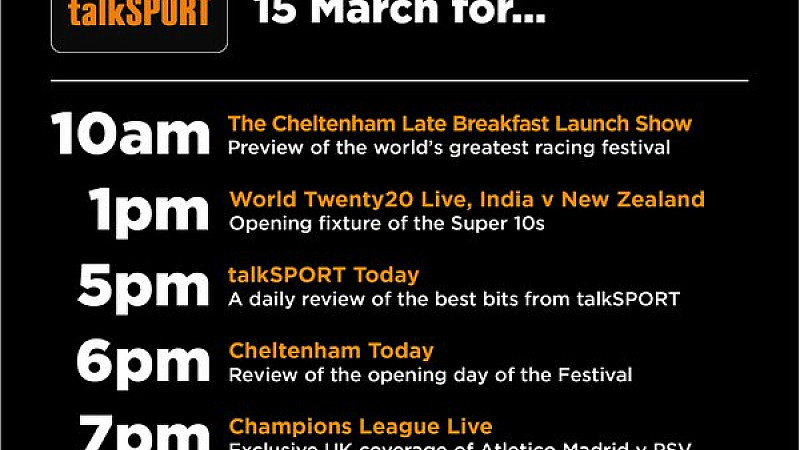 talkSPORT has today launched a sister 24-hour radio station at the Cheltenham Festival of horse racing. talkSPORT 2 began broadcasting at 10am and is available across the UK on digital radio as well as online.

It will carry live coverage of the Cheltenham horse racing festival and has also acquired rights to broadcast ICC World Twenty20 cricket matches in India and the ATP World Tour of tennis.

Mike Bovill, managing editor of talkSPORT 2, said: “There is a huge appetite for sport in this country, and the array of live rights that we’ve secured for talkSPORT 2 is a great prospect for listeners, who just have to retune their digital radios to pick up the new station.

"To have the biggest cricket event of the year as well as unprecedented access to names such as Rafael Nadal, Roger Federer and of course Andy Murray through the ATP World Tour is incredibly exciting.”