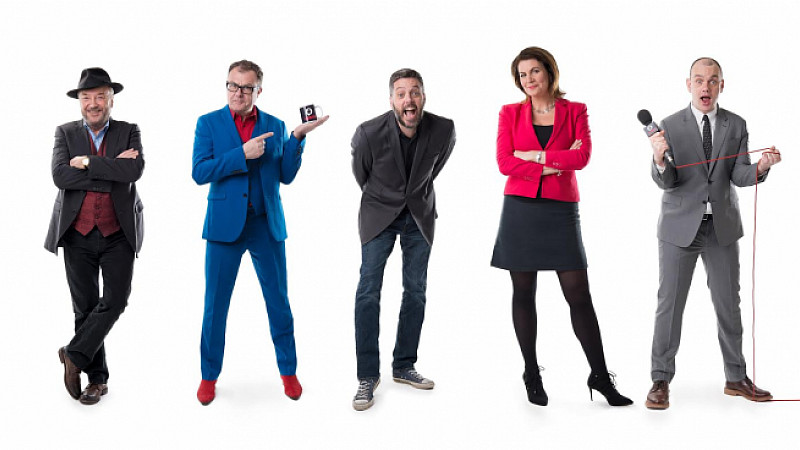 talkRADIO has announced a controversial line-up of presenters ahead of its launch next month.

The new UTV Media (GB) station is one of the stations on the new DAB multiplex platform.

It will launch on Monday March 21st with breakfast host Paul Ross, who has previously hosted shows on GLR, LBC and Virgin Radio and is a well-known face on television with presenting credits including The Big Breakfast, The Paul Ross Show and Most Haunted.

Ross hasn't however been seen much since the summer of 2014, when he confessed to The Sun on Sunday about a drug addiction and an extra-marital affair with a man.

He said: “talkRADIO is going to bring something new and fresh to the world of digital radio, and I can’t wait to get into the studio and start talking to our listeners every morning.”

Joining Ross is Iain Lee, who has previously hosted on XFM, LBC, Absolute and BBC Radio 4, with TV credits including The 11 O’Clock Show on Channel 4 and RI:SE.

Lee was most recently a presenter on BBC Three Counties Radio but left the station in November after calling a Christian lawyer a bigot live on air.

He takes over the late-night show, presenting from 10pm to 1am.

Controversial politician George Galloway will be hosting a weekly show - The Mother of all Talk Shows - every Friday from 7 to 10pm.

Also named in the launch line-up is former Heat magazine editor Sam Delaney, who takes the daily drivetime slot, and journalist Julia Hartley-Brewer, who will host the mid-morning slot.