Television lobby groups are calling on the BBC to commit 8% of its annual original content budget to children’s programming.

Pact, Children’s Media Foundation and Animation UK say that the actual figure should not fall below £100m per year for the next Charter period.

It comes because the three groups say they are “particularly concerned” that the Children’s content budget has decreased by 8% since 2008 and that it has not been ring-fenced.

“Pact published a report a year ago with the Ragdoll Foundation outlining our concern about the crisis of choice in children’s TV. Although this joint statement doesn’t solve the issue of the lack of commercial PSB investment in children’s programming, we think that such a commitment by the BBC would go some way to securing excellent content for British children in the future. We want to secure a children’s production sector in the UK that is both internationally competitive and one that we can continue to be proud of,” explained Pact chief executive, John McVay.

“Historically, funding for children's programming has been disproportionately low, and with the industry that supplies it at breaking point, the BBC can use this initiative to show the value it places on children's TV. The 8% represents an improved but not ideal position, with 19% of our population being under 16 the imbalance is obvious. However we believe this is a realistic and achievable red line that the BBC should be held to.”

The groups say they support the continued existence of the license fee, but propose that the Government develops a Children’s Alternative Fund, to stimulate broadcasters and other platforms to commission and carry UK-focused children’s content.

Children’s Media Conference: “Ignore the kids audience. Ignore the audience of the future”

END_OF_DOCUMENT_TOKEN_TO_BE_REPLACED 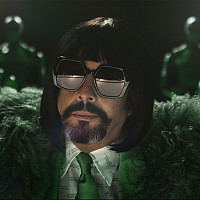