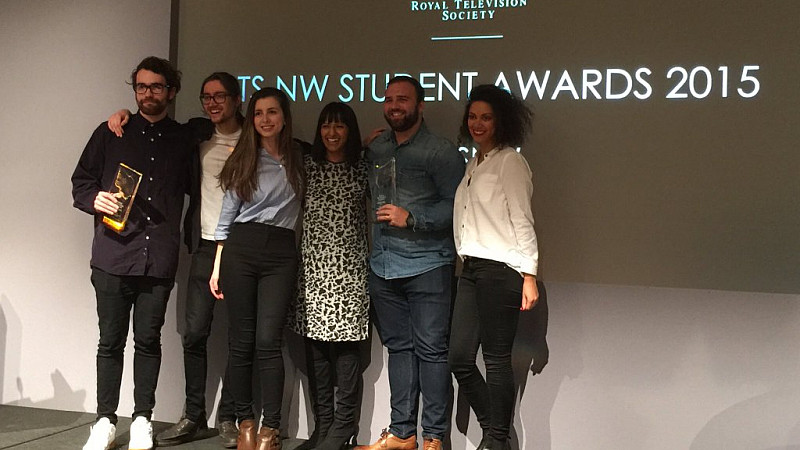 The best student TV talent in the North West was recognised at the annual RTS awards in Manchester.

The awards recognise the best in student talent from across the region and were hosted by presenter and journalist Ranvir Singh.

There were four categories: animation, factual, comedy and Entertainment and Drama.

The award in the Animation Category went to David Lambie from University of Central Lancashire for ‘Frankenstein’s Daughter’.

The Switch Trailer Clean from Olly Philpott-Smith on Vimeo

The judges said “the film’s narration was superb with lots of humour including some laugh out loud moments".

Josh Mullins, Mike Priest, Colin Donaldson and Shani Vizma from Liverpool John Moores University were presented with the award in the Drama Category for ‘Gnomes’.

The horror-drama 'terrified' one judge with its dramatic opening, while others praised the music and casting.

The film looked at life behind the Golden Mile in Blackpool.

The judges felt it “captured a sense of the reality of living in the resort with some charming, and at times, tragically sad characters”.

Alex Connock, chair of the RTS North West Centre and Managing Director of Shine North, said: “How fantastic it is that the next generation in TV and video creativity are already proving that the North West is at the top of the game.

“There are a good number of colleges and universities in our region helping students to reach excellence in scripting, shooting and editing before they are even into their twenties – and that can only be good for the industry long term.”