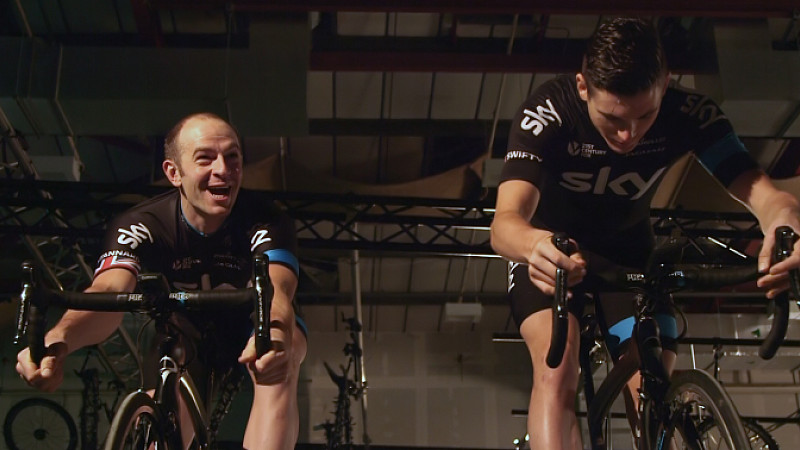 ‘Oh Watt A Wonderful Christmas!’ sees cyclists Ian Stannard and Ben Swift riding hard on their turbo trainers to power over 5,000 fairy lights which have been wrapped around a whole host of painstakingly-positioned bike parts.

Team Sky digital manager Nick Howes said: “We always like to spread a bit of Christmas cheer and this has been months in the making.

"We approached various agencies but the guys at Doodledo Motion came up with this brilliant creative that combines power and precision - perfect for the Team Sky brand."

Doodledo's creative director James Torry added: “It's been a fantastic year for Doodledo Motion and to top it off by working with Team Sky on a film of this nature is fantastic! It's the most technical shoot we've ever been involved in but everyone is delighted with the results!”