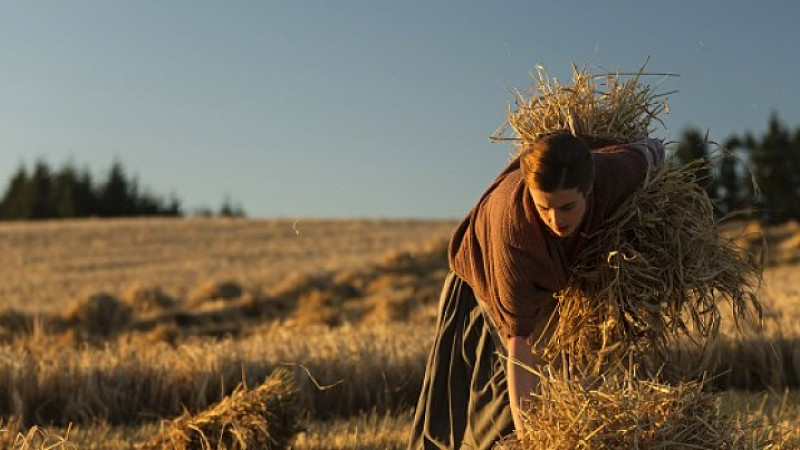 Made by Liverpool’s Hurricane Films, it is shortlisted for the BFI London Film Festival competition and will have a cinematic release on December 4th. It debuted at the Toronto Film Festival in September.

The adaption of Lewis Grassic Gibbon’s classic features Deyn in the lead role, supported by Peter Mullan and Kevin Guthrie.

“We have the perfect storm of film festivals for Sunset Song – Toronto, San Sebastian then London and Hurricane Films’ work with Terence Davies continues with his next film too, A Quiet Passion,” said producer Sol Papadopoulos.