Salford City and FCUM to get live broadcast cup games

The BBC will broadcast live coverage of Salford City FC's next FA Cup 1st round match against Notts County on Friday 6 November on BBC Two.

Salford City was bought by the famous 'Class of 92' Manchester Utd players, including Ryan Giggs, Paul Scholes and Gary Neville, and is the subject of a new BBC1 documentary.

Salford City, co-owner Philip Neville said: “When we bought the club last year we never imagined that we’d reach the FA Cup first round so soon, let alone have a live game on the BBC. I’m sure it will be a packed crowd under the lights at Moor Lane next Friday night and we’re all hoping to be there to cheer the boys on. Notts County will obviously start as favourites, but it’s the FA Cup and anything can happen.”

Mark Cole, Lead Executive for BBC Football said: “There were some fantastic ties in the first round draw and we’re delighted to bring the match from Salford City live to viewers on BBC Two. The presence of the Class of 92 and 5-former cup winners will add an extra element to our coverage." 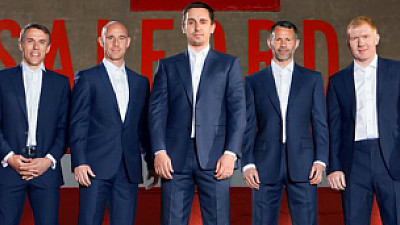 BBC Class of 92 documentary to air next month