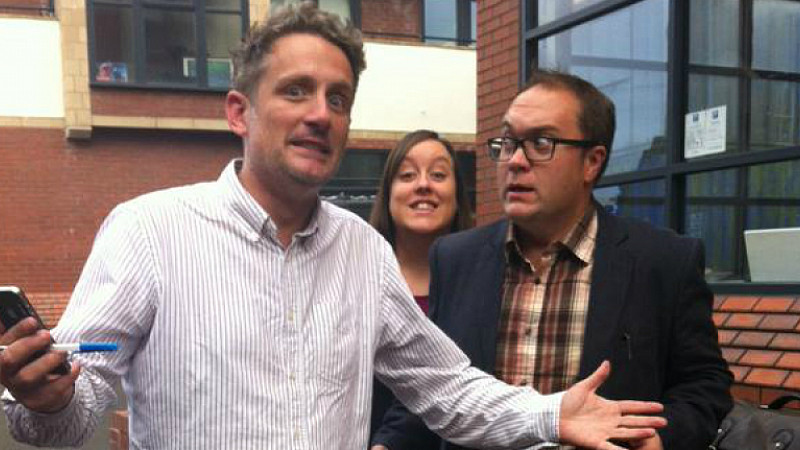 BBC Radio Lancashire was forced off air this morning when a flood required the evacuation of its studios in Blackburn.

Graham Liver's breakfast show had to be abruptly abandoned at around 8.30, with the reason behind the flood currently unknown.

The fire alarm subsequently went off, with Liver updating listeners via his Twitter feed from outside the building.

Thank you for bearing with us.. We are trying to get back on air! Here's @GrahamLiver pic.twitter.com/nvMkWroiCy

The station played an emergency tape before joining up with BBC Radio Manchester. Normal service was resumed by around 10am.

Me and @ShelleyBooth have turned around! Normal service has resumed on @BBCLancashire !