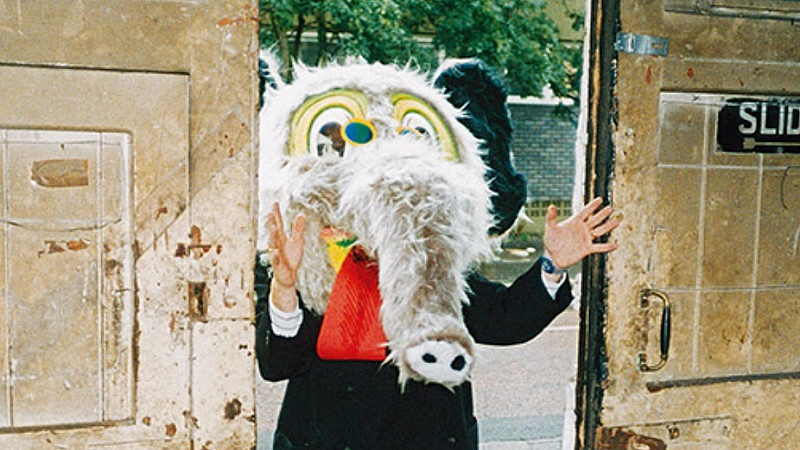 It will accompany the single release of St Anthony: An Ode To Anthony Wilson later in the week.

“When Anthony H. Wilson died in August 2007, I knew the world would never be the same. Tony Wilson built the modern Manchester,” said Garry.

The CD will be released on Skinny Dog Records this week, featuring artwork by Saville and a remix by Andrew Weatherall. Profits will go to The Christie Hospital.

The launch takes places at Granada Studios, with Mike Pickering DJing, plus live music and a video - Stories about Wilson.

[The elephant photo? It's from Ben Kelly's archives. Kelly designed both The Hacienda and Factory Records' offices and this is how Wilson arrived for the label's first meeting.]