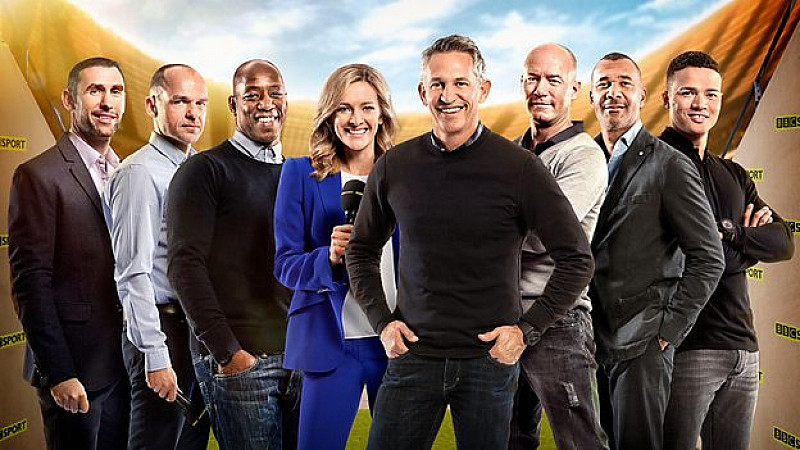 Arsenal legend Ian Wright will be heading to MediaCityUK as part of the new Match of the Day line-up.

“We are delighted to welcome Ian Wright back to the MOTD team to offer his strong opinions and insight alongside Gary Lineker, Alan Shearer and our impressive team of pundits,” said Mark Cole, lead executive for BBC Football.

“Almost two-thirds of fans follow the Premier League only on the BBC, it really is the nation’s season ticket. We will continue to innovate across our football output and deliver a wealth of content to the biggest audiences on BBC TV, Radio 5 live and across our digital services, as well as providing extensive coverage of the women’s game.”

There will be digital innovations alongside the new series, including new enhanced graphics and analysis tools and a live companion MOTD page on the BBC Sport website and App.

BBC Sport will have 10 hours of football coverage across its television channels every weekend, with MOTD2 and MotD2 Extra presented by Mark Chapman; Dan Walker hosting Football Focus; Final Score with Jason Mohammad and MOTD Kickabout, which airs on CBBC.

On BBC Radio 5 Live there will be 128 commentaries including international and women’s football. As the season starts, so will 5 live Sport with Mark Chapman, Mark Pougatch and Eleanor Oldroyd, plus phone-in show 606 with Robbie Savage and Darren Fletcher hosting on Saturdays and Ian Wright and Kelly Cates on Sundays.