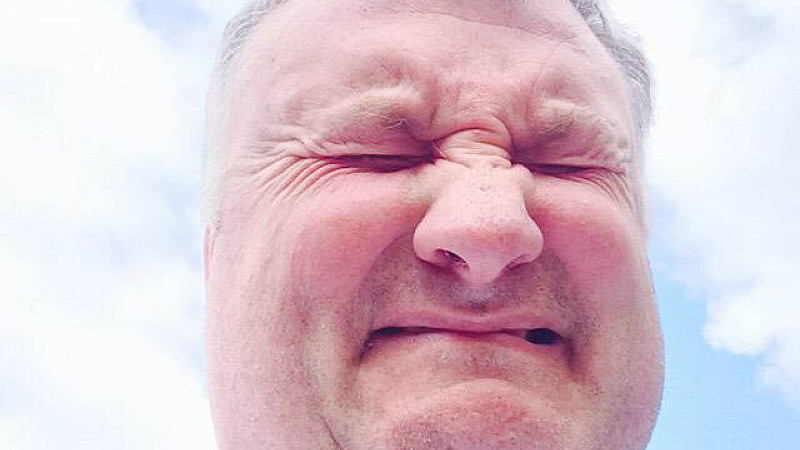 Late night presenter Stephen Nolan made his BBC Radio 5 live show with just minutes to spare last night - after he got stuck up a mountain.

The 22-stone Ulsterman decided to kickstart his latest fitness regime by heading to the granite Northern Ireland mountain range, the Mournes.

Nolan famously lost six stone in 15 weeks last year but has since put the weight back on - but is now determined to lose the pounds again.

Shorts too tight . Like sandpaper . half way up mountain . Trying to keep goin to top pic.twitter.com/XwORT6V3iI

Nolan kept his 114,000 Twitter followers updated on his efforts, including some live Periscope action.

“What time did I get to the top at? Half past six! Five and a half hours later. I go to phone 5 live to say listen I’m not going to be able to make it tonight. My phone at that stage is out of power so then I was in trouble.”

After a sprint down the mountain, a five mile walk in the wrong direction (with a pulled hamstring), he got to his car at ten to nine, only to find it the car park it was in had been locked.

10 more minutes . I am seriously in real pain . pic.twitter.com/Tz9FwNApFM

He was finally rescued by police after charging his phone in the car and dialling for help, and made his 5 live talk show - broadcast from BBC Belfast studios - with minutes to spare.

Jonathan Wall, controller of 5 live, said: "I’ve been working in radio for 24 years and never has a presenter nearly missed a show because he got lost up a mountain!”

I got lost up the mountain . Then got locked in the Mournes . And I genuinely think I've broken a toe . Today has been a complete disaster .