"Everybody has felt the pressure of bringing it back": Behind the scenes with the Clangers ahead of BBC revival 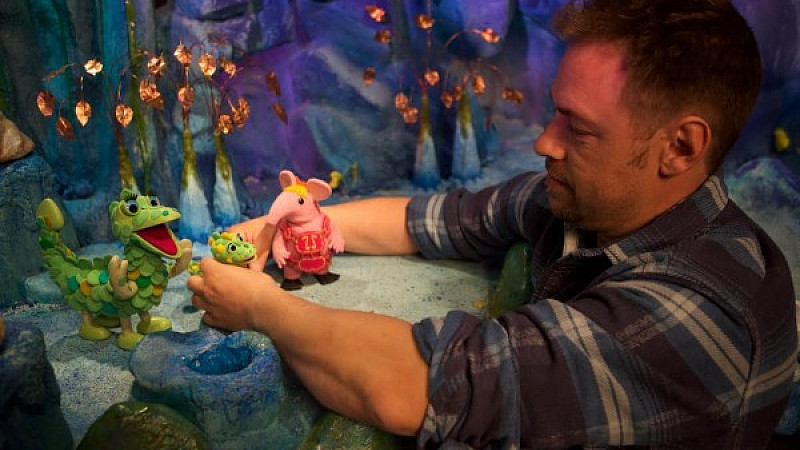 The production team behind Clangers, which returns to CBeebies today, said the job of reviving the iconic children's series was "quite a responsibility".

Phil Chalk, managing director of Altrincham-based animation company Factory, added that they knew they had to "remain true to the original" but that it "fully realises" the world envisaged by creators Oliver Postgate and Peter Firmin.

He said: "The animation team here at Factory grew up on the Clangers, and many got involved in stopframe animation because of the Clangers. Everybody has felt the pressure of bringing it back, but I think we've succeeded in creating something that could be considered a continuation, and if Oliver was around today he would have wanted it to look like this."

Chalk said the opportunity to get involved in the 52x11min commission came about when he was given a sneak preview of the plan by co-producers Coolabi.

"As soon as I saw it I said, 'we've got to make that with you'. From there it snowballed, they got it commissioned by the BBC but hadn't at that point secured a production partner. So I made a nuisance of myself. They knew of our work and the legacy of stop-frame in this area, and it was a good fit." Another Altrincham company, Mackinnon and Saunders, has made the puppets. Behind the scenes on set with the Clangers at Factory

He added: "It was quite a responsibility, but the people who have seen bits of it say it looks like a continuation of the original.

"In terms of our creative approach, we absolutely wanted to recreate it in stop frame, and we absolutely had to have knitted puppets, but because we've got 10 times the space in our studio, we've been able to explore the entire planet and recreate the world that Peter had in his mind's eye back in the day but was limited by space and budget. We were able to take some original sketches from 1968 and fully realise them."

Chalk gave an insight into the work Factory has done on the new series, which sees Michael Palin replacing Postgate as narrator.

He said: "We get the scripts and outlines from a writing team in London, and our directors and the team here will comment on every aspect of the script.

"Then we make all the sets and the props - literally thousands of individual bits of dressing - for 12 different locations. The scripted Clangers language, performed on a swanee whistle, being recorded for the new series

"We have six animators, and they're tasked with producing between 11 and 12 seconds per day, so we're getting just over a minute of raw animated footage out of the studio on any given day. We have a team of three full-time camera staff to support those guys, two directors, a production team, a production management team behind them, ensuring they have everything they need in the studio."

After two years of hard slog, Factory has delivered 26 of the 52 episodes and is currently working on the remaining 26. It's been a painstaking process, admitted Chalk.

He added: "To get a Clanger off the ground, you have to have a rig in shot, which we have to paint out frame by frame. If you have five characters in shot and they're all jumping up and down and there are five rigs, you can imagine how intensive that is."

Chalk, who said that even the Clangers' distinctive "language" - performed on swanee whistles - was scripted, added: "Now's the acid test - do the audience like it?"

Below: A trailer for the new series