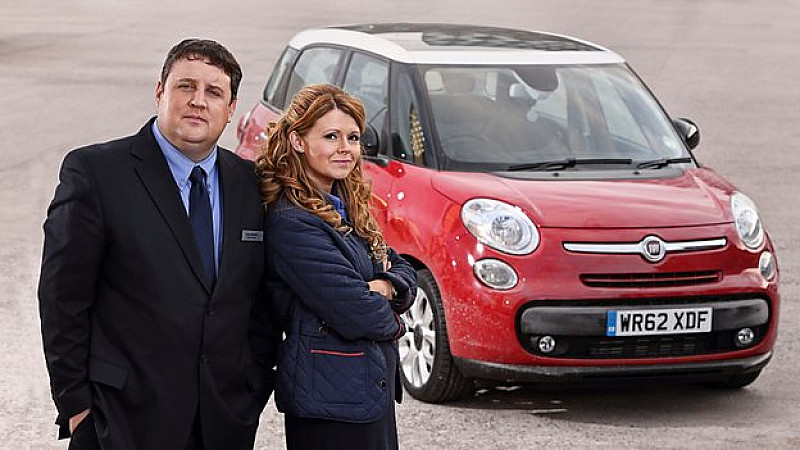 The BBC says Peter Kay’s Car share premiere on iPlayer is its ‘most successful series to premiere as a box-set’ with 2.8 million requests to date.

The first Peter Kay sitcom for BBC One, episode one will broadcast on the channel tonight at 9.30pm following its iPlayer premiere.

Peter Kay said: "I've been blown away by the response so far. How could I not be. Here's hoping the success continues and people enjoy the series Wednesday and Thursday on BBC One... at half nine.”

The series premiered in full on BBC iPlayer from 24 to 28 April, with episode one racking up over 1m requests alone. Viewers took the opportunity to enjoy the full series as all six episodes made it to BBC iPlayer’s ‘Most Popular’ section over the weekend.

Controller of comedy commissioning, Shane Allen, sais it was a ‘phenomenal reaction.'

“We’re so proud of the show and it’s heartening that comedy does so well in the new on-demand world. All credit to Peter for his innovative approach with this series launch which hopefully gives it a following wind for the primetime launch on BBC One tonight.”

Peter Kay’s Car Share is part of BBC iPlayer’s trial to premiere 40 hours of BBC content. The BBC says success of Car Share follows on from a record-breaking year for BBC iPlayer, which saw 3.5bn TV and radio programme requests in 2014 alone.

* You seen it yet? What did you think?