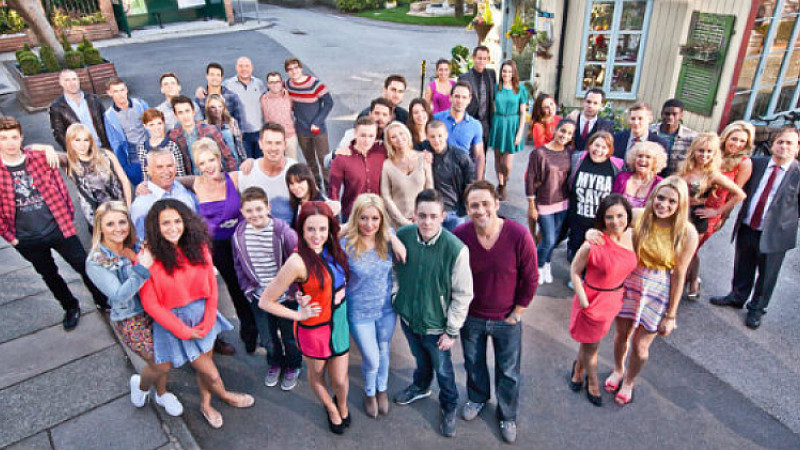 “It's a good time to be at Lime, frankly,” says Claire Poyser, joint managing director, and it’s hard to disagree.

The Liverpool-based production company has cornered the market in the TV genre of the age - real-time reality - and its long-running soap Hollyoaks has never been in better shape, story or ratings-wise.

It’s enjoying notable success in children’s TV, too, in the capable hands of Disney, which surely must be helping its stated ambition to gain more of a foothold in the United States.

There’s just the small matter of a primetime TV hit that’s missing, something Poyser describes as the “golden egg”. “But we’re very confident,” she says, “we have to be.” Poyser and co-managing director Kate Little took joint charge of Lime when Lesley Douglas left to set up her own indie in March 2013. They’d both worked at the BBC before carving their reputations in senior roles at ITV Studios, Poyser as director of production and Little as director of business affairs.

You’d imagine the joint roles at Lime could produce a bit of friction, but Poyser insists they dovetail nicely. “We know each other's strengths and weaknesses, and we know which areas of the business we should be pointing at in terms of our expert areas,” she says.

Poyser says they sought to change the “sense of underachievement” that afflicted Lime at the time. “Lime is a powerful hitter but never really believed itself,” she says. “What we have hopefully brought is the confidence. There's this myth that people work on soaps because they can't work anywhere else, actually I completely debunk that myth. You only work on soaps when you absolutely know your game. You have to know the rules to break the rules.” Under Poyser and Little’s leadership, Lime certainly seem to have known their game with respect to Hollyoaks. Just four years ago it was floundering, rating at under one million and heading for the axe.

So how did Poyser restore the Chester-set series to the point where it regularly tops two million viewers and is once again being talked about?

“We have made huge investment on screen and off screen,” she says, “and we’re now getting recognition as storytellers who can tell serious issue-led storylines. We've had domestic violence, HIV, refugees. We're working in conjunction with people like the Home Office and Stonewall.

“Kate and I came from ITV where you cannot underestimate the power of the soaps with regard to both the commercial side and also as the backbone of the broadcaster's schedule. We were well versed in the need for it to be celebrated rather than it being seen as slightly secondary.

“What we passionately believed in is to put Hollyoaks back at the centre of the company and we're now seeing the green shoots coming through.”

Hollyoaks’ revival has come just as Lime has successfully ploughed its most profitable export: real-time reality. Turnover broke through the £65m barrier in the last filed accounts - for the year to the end of August 2013 - up 10% on the previous year, with profit up 5% to £8.5m.

Both The Only Way is Essex and Geordie Shore are commissioned through to the end of the year, and Lime’s credibility with the genre has led to it expanding its presence in America. The cast of The Singles Project, Lime's series for Bravo

Derek McLean, its head of non-scripted programming who Lime poached from the BBC two years ago, is splitting his time between the UK and the US in order to capitalise Stateside. A programme called The Singles Project - labelled “America’s first real-time dating docu-series” - has aired and a second project for Bravo is in the works. Four other projects are in paid development in the States, Poyser adds.

“We are still the only company that does proper real-time reality,” she says. “So unlike the Kardashians, where Kim Kardashian has a baby in March and it's seen on screen in October, Billie Faiers has a baby in TOWIE on the Tuesday and it's seen on screen on the Sunday. So in terms of real-time, nobody else has unlocked that. We do it brilliantly and the Americans are really conscious of that.”

The success of the real-time genre, alongside social media’s emergence, is fundamentally changing the nature of commissioning and programme-making, says Poyser.

“Commissions now cannot be standalone traditional platform pieces, you always have to pitch the social media and digital piece as well. We revealed the name of a murderer on Hollyoaks on traditional media at 7pm, but we released it on Snapchat at 4pm. That was a risk because you wonder where people will still engage, but it actually drove people to the E4 transmission.”

As for the reality TV critics, Poyser is firmly of the belief that “it's very difficult to criticise two to three million viewers. It might not be everybody's cup of tea, but what I would say is that where I think Lime is very good is that we provide a warmth around those programmes.

“It's easy to be snooty about any part of telly content, but what we are about is delivering content that people want to watch. I'm very proud of our scripted and non-scripted shows. It's fascinating how what used to be very separate disciplines continue to merge. The discipline of scripted soap is now being transferred over to structured reality and what you are now seeing within the scripted soap market is a huge appetite for a quicker story burn.” Some of the cast of Evermoor on location at Arley Hall

Poyser is passionate about the North West and the talent available, pointing out that Evermoor’s production crew is “90%” from the region. “It's great that Red, the BBC and others are using the North West because we need to keep continuity of supply to retain that talent base up here,” she says. “It is literally the best in the world. That's why Evermoor is so important - the more commissions we can have, the better. If we lose those people, they don't come back. Disney recognise the craft levels that we have here.”

She says Lime has “no need” for a base at MediaCityUK, but she would love to see a Sharp Project equivalent in Liverpool.

“What Sue Woodward has done there is phenomenal. We have a great dialogue going with Liverpool City Council with regard to unlocking the business case for a full wall of facilities, like the Sharp Project, in Liverpool. Liverpool is one of the best areas to shoot in - it replicates London and all the different types of architecture.”

Future projects include a contemporary detective series based on the DI Horton series by Pauline Rowson, which Lime has recently optioned. And of course there’s the full series of Evermoor and the global profile it brings: “Disney have 164 platforms and their business model and how they do business has been fantastically educational.”

That primetime, mainstream hit must surely be getting closer. Poyser certainly thinks so: “We know what we're doing and we don't take anything for granted, but we have to be confident about it.”