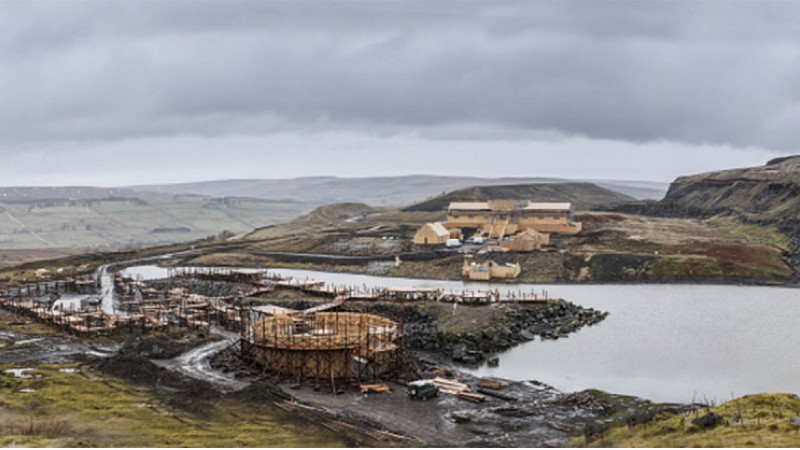 ITV has released the first picture of the set being constructed for its epic new series, Beowulf.

Filmed in the North East, it will star Kieran Bew (Da Vinci’s Demons, The Bletchley Circle) in the title role. He’ll be joined by William Hurt (Humans, Kiss of the Spider Woman) and Joanne Whalley (Wolf Hall, Jamaica Inn). Described as a “western set in the Dark Ages”, the 13 part drama has been created by James Dormer, Tim Haines and Katie Newman and is being produced by ITV Studios.

“Hundreds of years ago our ancestors listened to the story of Beowulf because it was a great adventure story - it scared them, thrilled them, made them laugh and cry. But they also listened because they recognised themselves and their fears in it,” explained Dormer (Strike Back, Wallander, Outcast) who both writes and executive produces it.

“By holding a mirror up to them this story helped define them and thus - us. So it’s incredibly exciting to have the opportunity to make it relevant again for a wide audience - to let them own it again. To let them see themselves in it.”

It is being produced on location in County Durham and Northumberland by Stephen Smallwood (Ripper Street, The Day of the Triffids, DCI Banks).

Filming is set to begin this month.