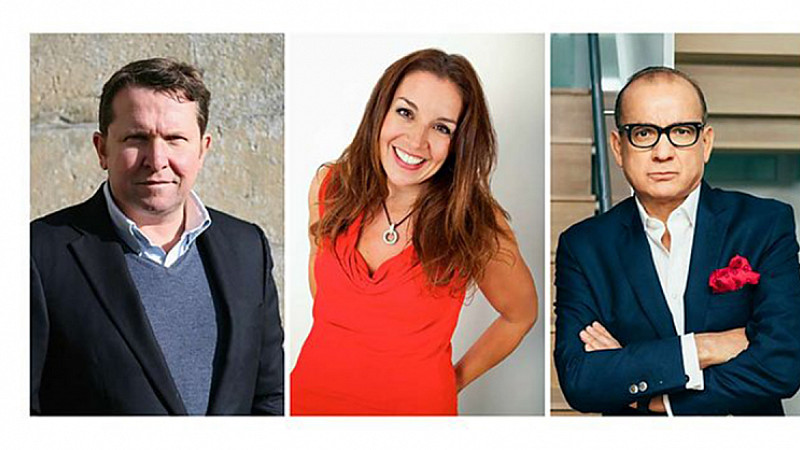 The BBC has announced three investors who will replace Piers Linney and Duncan Bannatyne on Dragons' Den, with filming starting at MediaCityUK next week. Online retailer, Nick Jenkins is the founder of moonpig.com, he sold the firm to Photobox for £120m.

He will be joined by Touker Suleyman, who has more than 40 years’ retail and manufacturing experience, having set up Hawes & Curtis. He is also credited with reinventing womenswear brand, Ghost.

Finally there is restaurant entrepreneur, Sarah Willingham, who is behind the chain, The Bombay Bicycle Club and the co-founder of The London Cocktail Club. She is also the founder of Letssavemoney.com.

“I’m delighted that Dragons’ Den is back to inspire and surprise BBC Two viewers for another series and it’s wonderful to welcome such an impressive line-up of new Dragons - together they’ll bring an exciting new dynamic to the show as they turn up the heat on the prospective entrepreneurs brave enough to enter the Den,” stated Kim Shillinglaw, controller of BBC Two and BBC Four.

The series will air later in the year.