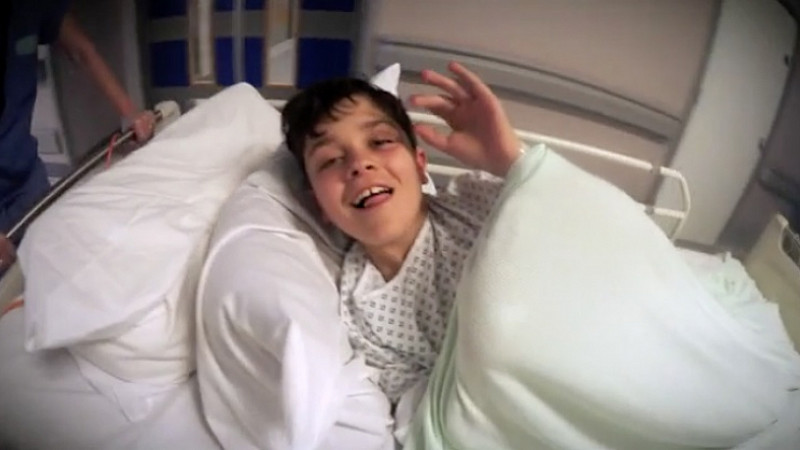 More than 100 youngsters at the Great North Children’s Hospital in Newcastle have been given cameras to record their experiences of hospital, for a new ITV series.

Kids With Cameras: Diary of a Children's Ward, is being made by Liberty Bell and features children aged between 6 and 16.

They talk to the camera about their illnesses, interview their parents, record themselves undergoing treatment and interacting with medical staff. That’s whether they’re in hospital for an injury, major surgery or a life-threatening illness.

The first of the 3 programmes features a 6-year-old boy with anaemia, needing regular blood transfusions; an 8-year-old boy with severe eczema; a young girl who’s seriously ill with a brain infection; and a girl with juvenile arthritis who’s a regular outpatient.

“I’ve just got me bandages done, they are all sparkly. It feels nice because I don’t have to scratch no more and make myself angry.  Like I scratch and then I can’t stop, can I mam?” eczema sufferer, Isaac tells the camera. Since arriving at hospital he’s only been allowed to eat a milk formula, fed directly to his stomach.

However, chicken is one of the foods that makes him worse.

The series begins on Thursday (7th August) at 9pm on ITV1