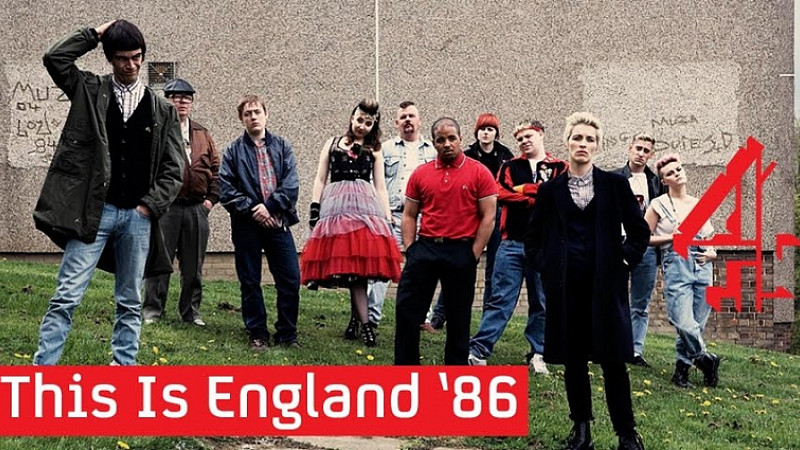 Sourcing new programming from outside of the M25 is high on the Channel 4 commissioning agenda.

This ultimately falls on the desk of Stuart Cosgrove, the channel’s director of creative diversity and “indie advocate”.

In a wide ranging interview with Prolific North, Cosgrove talked about commissioning priorities for 2015, opportunities for production companies and, of course, the North.

“The North West and in particularly, the Manchester-Liverpool corridor, is probably our single biggest region outside of London. If you look at the amount we spend in various cities or regions, that’s the number one success story, followed by Bristol and Glasgow,” he said.

“That’s to do with the number of companies there and the range of ideas. And there’s no question that Manchester has been a huge, huge part of the success story of Channel 4.”

Of course, that begs the question, why hasn’t Channel 4 got an office in the North of England?

“We have. But it’s not badged as Channel 4. Our “offices” are in the independent production companies that we commission. Channel 4 has a staff of just over 700 people, that’s only 50% of the size of the high school I went to, so the idea that Channel 4 has lots of staff to sit in offices, well it really doesn’t and that’s not the point, it’s to make sure that the money’s in Manchester, not the staff.”

Cosgrove’s team is currently on a UK tour to meet producers and it’s recently stopped off in Manchester, however, does he fear, that his commissioning editors are in a “London bubble” by not having a permanent presence outside of the capital? “They’re certainly not missing out in volume. 55% of our production is made outside of London,” he countered.

“So however much someone may be sitting at their desk in London, they’re working with people who are not in London. Take something like This is England, it was made out of Sheffield, so all of their production is based in the city, even though the head of drama may be in an office in London.

“So clearly they’re not in the bubble, otherwise they wouldn’t be operating in Sheffield and working with companies in Sheffield.”

In fact, he suggests that thinking locally and regionally is probably unhelpful if an indie is going to be successful.

“So a strong indie is an indie which understands that their market place is global and clearly London is important for UK networks, but so is Washington DC if they’re in the factual space and being in Washington DC annually is an important part of their story as well.

“So you should see these independents as entrepreneurial people, looking outwards from the North, rather than what it might have been in the 60s when Granada was the only show in town.”

“The first thing is to step back from television itself and think about the contemporary world in which we live.

“One of the things Channel 4 has been phenomenally successful at, has been anticipating and interpreting the change that’s happening around us all of the time. That’s where I always think our best ideas come from.

“So if you look at something like Educating Yorkshire, it was a success partly because it looked at the schooling system in modern Britain. But one of the reasons that we selected Dewsbury was because there was a very deep and settled Asian community. We were looking not just at Yorkshire, but Yorkshire with a backdrop of ethnic and cultural change.

“That’s a really important phenomenon for Channel 4, that we’re anticipating and recognising the world of change around us, whether it’s the housing bubble in London, whether it’s the way in which austerity Britain is working, people running their own businesses, building their own homes, whatever it is, we’re always looking for things that capture the change in our society.

“If I was advocating to an indie for what they should look for, rather than starting from the idea of what slots are you looking to fill, I would ask the question: what are the big changes that surround us every day of our lives and what are the shows that could best tackle that?”

He added that there were still slots to fill for 2015. While many of the big ideas have already been commissioned for next year, there are “huge opportunities looking forward”.

What’s more, these opportunities are open to producers who are new to Channel 4, as well as established companies.

“In lots of ways that’s the job that I fulfil at Channel 4 and it’s a really important part of it.

“One of our remits is to reflect the diversity of life across the UK, but also to be a stimulus for the creative economy of Britain. The growth of new companies is crucial to that, in digital and television.

“Of course, if you are totally unknown and don’t have a showreel, then it’s going to be hard. But if you are a new ambitious company and you come up with an idea that is maybe too big for a first timer, we would partner you up, or find executive support. But if it is something that is achievable for a new producer then we’d commission them directly.” A headline grabbing commission for 2015 comes from one of the channel’s most established writers and one of Manchester’s most successful producers, the Russell T Davies’ penned Cucumber, Banana and Tofu, which is being made by Red Production Company.

The three different, but interlinked dramas, will be running on Channel 4, E4 and online.

“There is something kind of original and dynamic about using shows on different channels. But it also points back to a long-standing creative relationship we’ve got with Red and Russell T Davies.

“One of the key breakthroughs here, is that you’ve got a dramatist writing for very clearly defined audiences, with a drama for the main channel - and while Channel 4 is younger than most channels, it’s also more upmarket than most channels as well. Then there’s the E4 audience, which is very young (16-19), and of course online, which is increasingly important for the narrative of how Channel 4 is seen in a world where advertising is not just on television.”

Speaking of digital, will the decision to make BBC Three an online-only channel benefit E4?

“E4 remains a TV channel and it’s through selling advertising on the TV stations that we generate the vast majority of our income and that form of advertising is actually quite robust," he said, but at the same time, digital is clearly a growth area.

“A lot of people will tell you that more money’s being taken in the TV market than ever before, but of course one of the things that is happening is that post-algorithmic advertising, through search recommendation, via Google, via adwords and via Amazon, are increasingly new ways to communicate with consumers and of course Channel 4 is ambitious to be always across those changes.

“So our online performance, whether that’s making short form content for the web alone, or whether it’s having brand extensions online or whether, in the case of E4, it’s a making drama that works on the television at home and on the tablet, it becomes really important that we’re ahead of that market or at least up to date with it."

The feeling from Cosgrove is that there definitely are opportunities and that even first-time programme-makers have a chance of getting a Channel 4 commission, whether they’re based in London or the North.

Is that the reality on the ground? Let us know, for one of the additional roles that Cosgrove has undertaken as “indie advocate” is to provide feedback about the commissioning process to senior management.