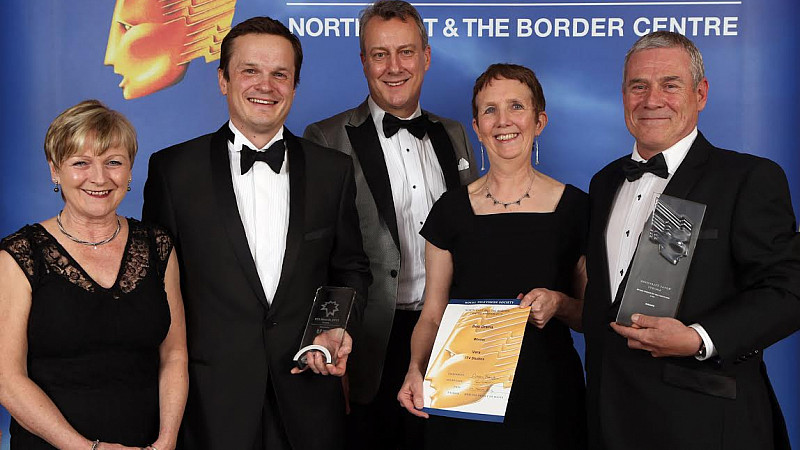 Hebburn star Gina McKee and actor Robson Green were among the winners at the Royal Television Society awards for the North East and Cumbria.

McKee won performance of the year for her role in Hebburn, the BBC sitcom set in the Tyne and Wear town of the same name and also starring Vic Reeves. Robson Green’s Tales from Northumberland, for ITV, was named best factual programme and Pam Royle, host of ITV Tyne Tees and Border News, picked up the award for presenter of the year.

The ceremony at the Newcastle Gateshead Hilton was presented by BBC Breakfast's Steph McGovern.

Graeme Thompson, chairman of the Royal Television Society for the North East and Borders, said: “It’s been an extraordinary 12 months for production and innovation in this corner of the UK. We’ve seen a record eight drama productions based here in addition to documentaries, short films and features.

“The re-commissioning by the BBC of children's dramas Wolfblood and The Dumping Ground confirms the region as a centre of excellence for children's production.

“Competition within the creative industries is tough. We are surrounded by regions which have access to multi-million pound production funds.

"The North West, Yorkshire and Scotland use that funding to encourage producers to locate their features and programmes on their patch. The North East does not have an equivalent. We are all hoping that Northern Film and Media receive the backing of the Local Enterprise Partnership to level the playing field.”