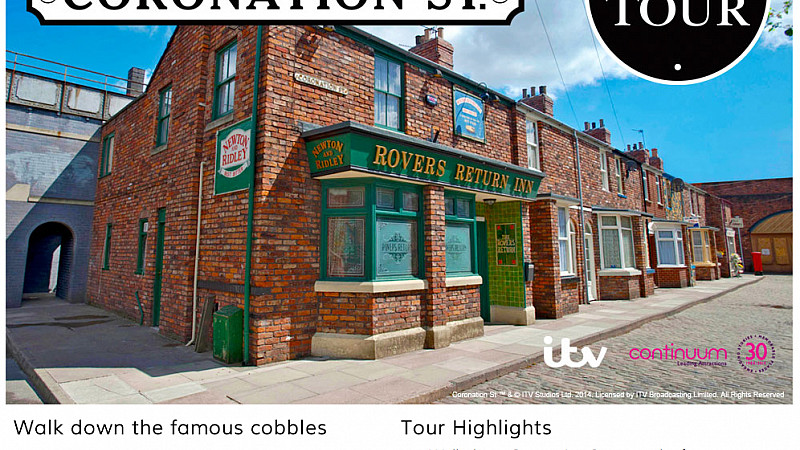 ITV has announced that Coronation Street tours will be starting next month. On the morning show Daybreak and on Twitter this morning, the Old Granada Studios declared the tours open from April 5.

Fans are invited to ‘walk down the famous cobbles’ and the website promises:
“Take a tour behind the scenes of the world famous Quay Street set. Studio guides will share fascinating facts and stories from over fifty years of filming at the site, before the production moved to its new home at MediaCityUK.

“Coronation Street The Tour is open for a limited time so please book early.”

The new Street at MediaCityUK was unveiled to the media back in November. While viewers won't have noticed the move on-screen, behind-the-scenes there have been some major differences.

On the original Quay Street set, the houses are home to production offices, with all the interiors shot in a studio.

However, buildings on the MediaCityUK version are a lot bigger, so that filming can be done on set and even the road is significantly wider, so that two cars can appear at the same time.

* The old Corrie tours were known by many as a great family day out. What were your memories of them? Let us know via the comments below.