Fledglings reunited for Class of '92 documentary 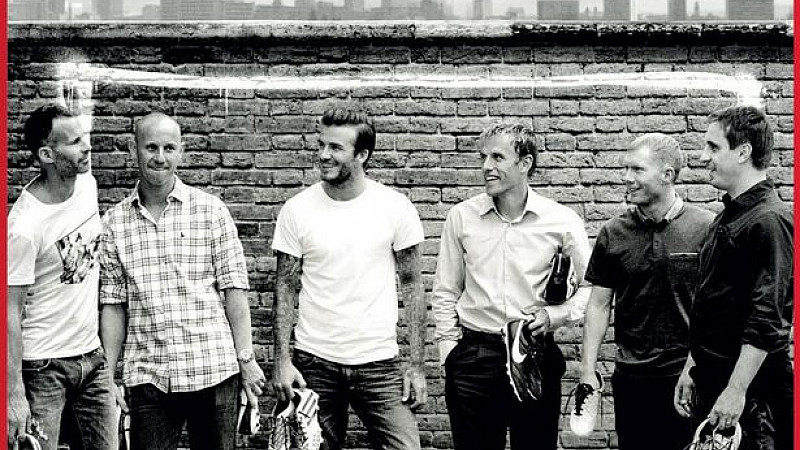 The Class of '92, a documentary charting the rise of Manchester United's now legendary youth team, will be launched in selected cinemas through Universal Pictures on December 1.

Directed by Ben and Gabe Turner, of Fulwell 72 Productions, the documentary focuses on the generation of unusual talent that formed the bedrock of United's success in the 1990s and 2000s. The promotional poster for The Class of '92

David Beckham, Nicky Butt, Ryan Giggs, Paul Scholes, Phil and Gary Neville met as 14-year-olds and emerged through the team - commonly known as Fergie's Fledglings - and have been reunited and interviewed for the documentary.

Zinedine Zidane, Tony Blair, Mani from the Stone Roses, Eric Cantona and Danny Boyle also feature in the film, which will be available on DVD from December 2.

Beckham said: “My time with these players at Manchester United were the most special in my career. We came from different backgrounds, grew up like a family playing together through the ranks, all wanting to be successful.

"In the end, what we achieved was beyond our wildest dreams. I loved making this film and reuniting back with the lads and talking openly about our time together.”

Giggs added: “When we were approached to do this film, it gave me the chance to think back over all the events in not only my career but all of the lads involved. Hopefully you’ll see how personal it is to us all - we’re still great mates and who would turn down the chance to make a movie with your best mates?”

The Class of 92 is produced by Leo Pearlman, also of Fulwell 73 Productions, and executive produced by Patrick Holland of Boundless, part of FremantleMedia UK.