Work begins on £10m drama base in East Manchester 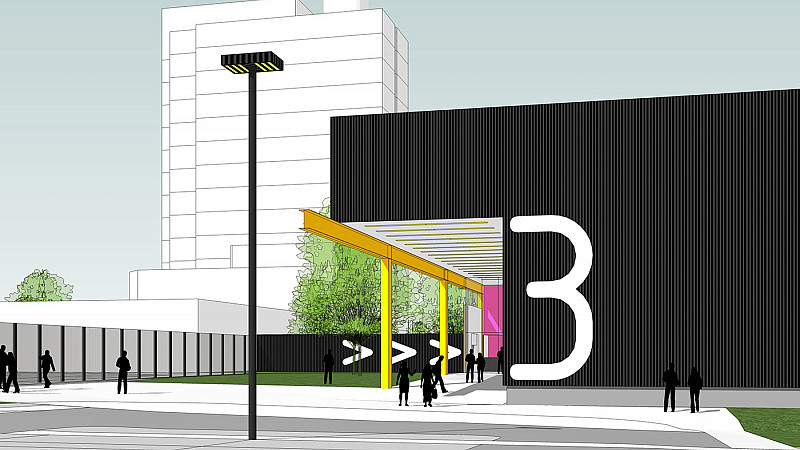 Construction has started this week on a £10m drama base at the former Fujitsu complex in East Manchester.

The studio space is at aimed long-form productions and is being led by Sue Woodward and her Sharp Project team.

Cash was set aside for the scheme last year ahead of Manchester City Council’s decision to establish a “mother brand” for its 3 digital assets - The Sharp Project, One Central Park and the Fujitsu building, which is in West Gorton.

As The Sharp Project reaches studio capacity, the Fujitsu site will be about higher end dramas, rather than commercials and live studio shows and is being seen as an addition, rather than a separation of the two ventures.

It will be made up of 5 studios, with the smallest measuring 8,891sq ft and the largest 11,194sq ft. There will also be 7 offices for long term clients. In addition the complex will house a workshop, prop store, dressing rooms, canteen and production offices.