The Manchester-based CGI specialists worked with ITV Studio’s subsidiary Potato on the animations, which include an 18th century warship and reconstructions of how the treasures would have looked in their prime.

It also created a “pseudo-3D” map for each treasure location, plus regional maps and graphics for the accompanying book.

Flipbook has previously provided the visual effects for Britain’s Secret Homes. This series is also presented by Michael Buerk, alongside historian and broadcaster, Bettany Hughes.

In preparation for the 8 part series, the production team spent time with the British Museum’s Portable Antiquities unit, Treasure Trove Scotland and the Ulster museum.

Episode one airs tonight with James Purefoy taking a trip to Northumberland to study an ancient sword discovered in Alnwick last year.

END_OF_DOCUMENT_TOKEN_TO_BE_REPLACED 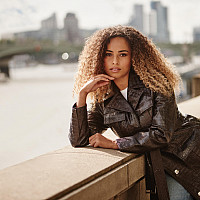