Composer Works’ Honey scores Blandings and All At Sea

Paul Honey at The Composer Works has been commissioned to score the second series of BBC One comedy, Blandings.

Based at MediaCityUK, the composer was behind the music on series one of the PG Wodehouse tale. Starring Timothy Spall, Jennifer Saunders and Mark Williams, its second outing will air next year.

Meanwhile Honey has also completed work on the new CBBC series, All At Sea. The 13 x 30minute comedy drama was filmed on location in Scarborough.

Centred around a 10-year-old boy named Charlie, it was devised by writer Brian Lynch and developed and produced by CBBC Productions at MediaCityUK.

END_OF_DOCUMENT_TOKEN_TO_BE_REPLACED 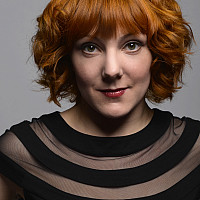