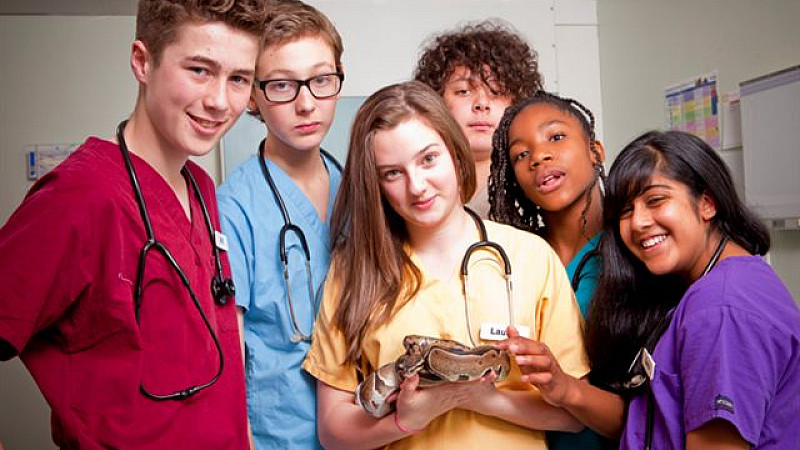 Following a popular first run in January, filming will return to the Royal (Dick) School of Veterinary Studies in Edinburgh over the summer, with six more young volunteers compete for the title of Head Vet. The candidates from the first series of Junior Vets

The True North team targeted schools across Britain and out of 1,500 applicants, is now in the process of casting six 11 to 14-year-olds.

The series will then see the children complete real life and hands-on tasks and procedures usually reserved for experienced university students and fully trained vets.

Alex Riley has been chosen to take over presenting duties for series two.

Jess Fowle, creative Director at True North and executive producer for Junior Vets, said: “The series is about so much more than producing six budding young vets; it’s about helping an incredibly diverse cross-section of kids to discover new stuff about animals and – even more importantly – about themselves and what they’re capable of.

"A huge part of the show’s success is in the casting, and with 1,500 applications to consider we’re on track to find an exceptional bunch of kids for this amazing experience.”

Kez Margrie, executive producer at CBBC, added: “We’re thrilled to have commissioned another series of this ground-breaking show."

The second series will be produced by Mark McMullen.

Earlier this year, True North was ranked as the "fastest-growing indie outside London" by the Broadcast Indie Survey. It has also produced BBC One's Animal Frontline, CBBC’s Dick and Dom Go Wild and Channel 4's Compare Your Life.

It recently announced it had established a North West base at the Pie Factory at MediaCityUK.