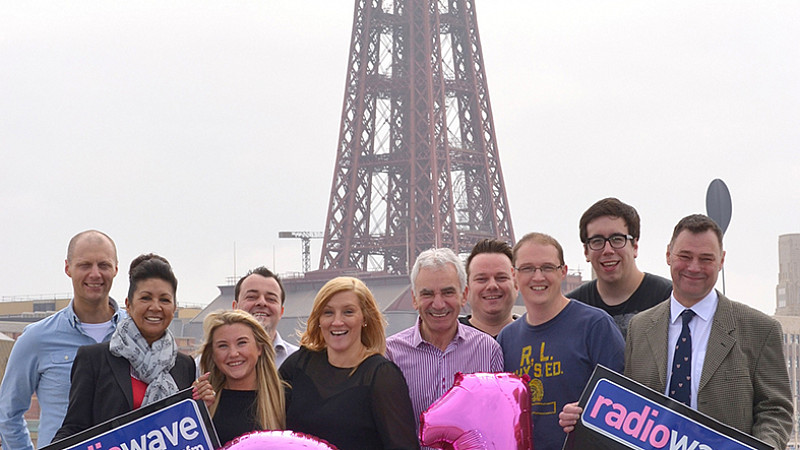 When Radio Wave went live from the top of Blackpool Tower at 7am on May 25th, 1992, it was a somewhat different radio landscape. Licences covered very large areas and Radio Wave was one of the first to be granted a smaller broadcast region by (the then) Radio Authority.

“The station was originally set up by local people who were willing to invest in the idea because they believed that Blackpool and the Fylde should have its own radio station. After 21 years the station continues to go from strength to strength,” said chairman John Barnett MBE.

Owned by UTV Media (GB), the station is also celebrating that it’s raised more than £1m for local charities.

“Radio Wave is part of everyone’s life on the Fylde coast and we have always been keen to give back to the local society. Some of our major achievements have included raising over £95,000 for the Macmillan Windmill Appeal and a similar amount to help establish Blackpool Carers Centre,” added station director, Paula Davies.

“Our most recent fundraising campaign saw breakfast show presenters Ged and Hayley spend a week in Blackpool Tower to raise £15,000 for Chloe's Wish to Walk campaign and help it smash its £70,000 target.

“I’m very proud of what Radio Wave has achieved over the last 21 years and we’re busy planning for bigger and better things in the future.”